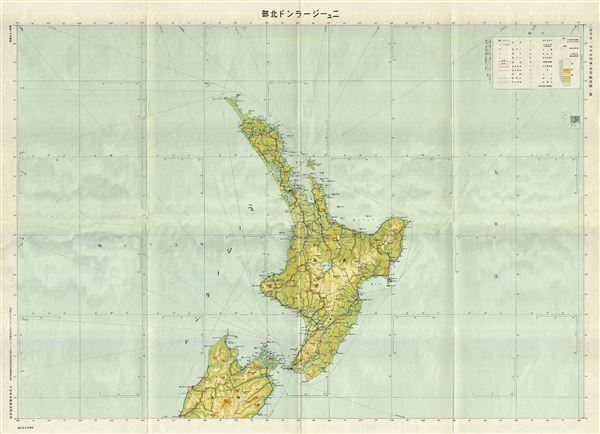 This is a scarce and beautiful 1942 or Showa 17 Japanese map of the North Island or New Zealand by the Imperial Japan Government Land Survey Division. The map covers all of North Island, the world's 14th largest island, as well as part of the northern tip of the South Island. This World War II era map is highly detailed and notes rivers, towns, shipping lines and a host of other topographical features. While Allied World War II maps of this region are fairly common it is extremely rare to come across their Japanese counterparts. All text is in Japanese. This map was issued by the Imperial Japanese Government Land Survey Division in 1942.