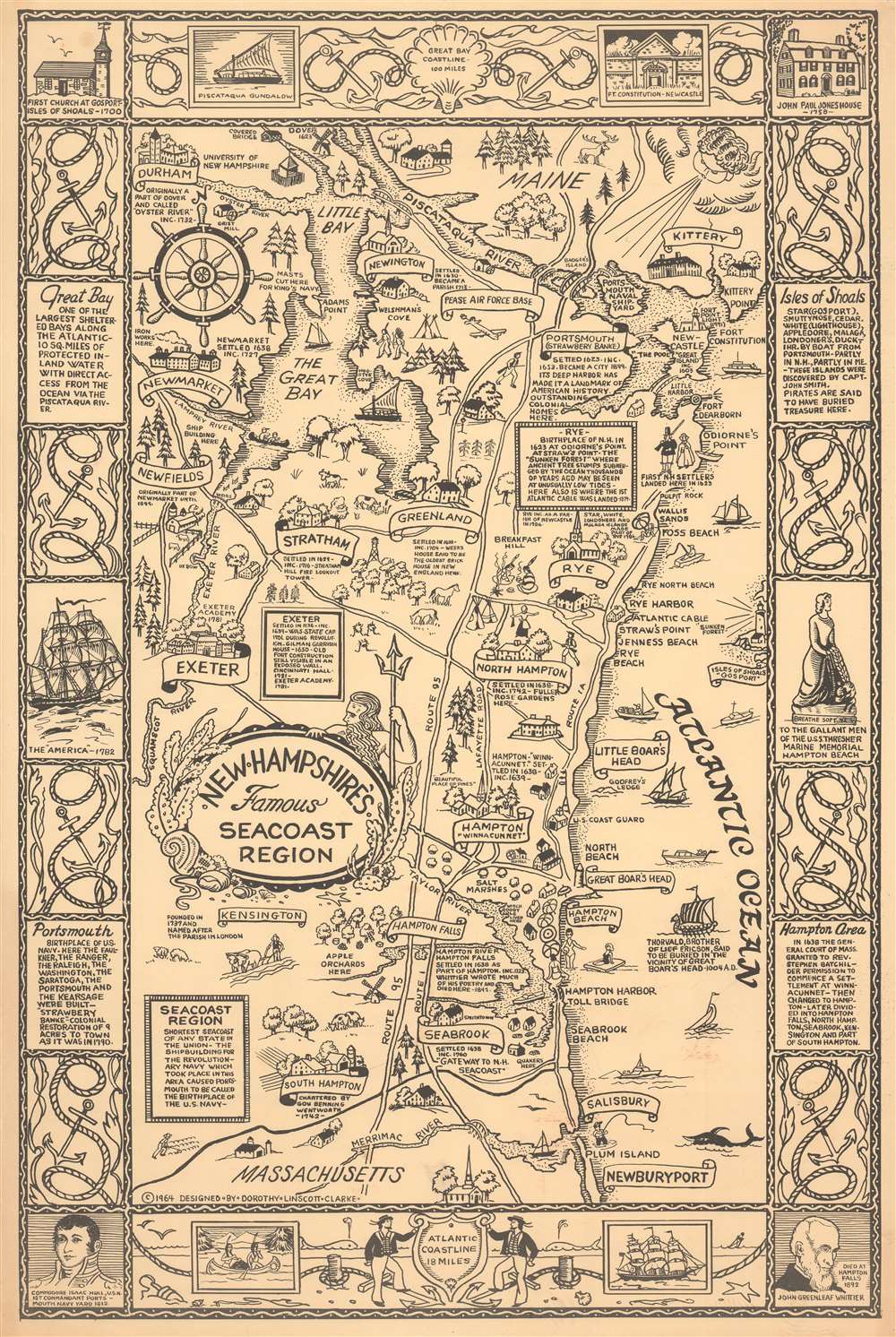 A rare pictorial map of New Hampshire's seacoast, the birthplace of the U.S. Navy.
$550.00

This 1964 Dorothy Linscott Clarke pictorial map of New Hampshire's seacoast region celebrates its nautical heritage. Portsmouth, the area's cultural and commercial center, is remembered as the 'birthplace of the U.S. Navy' during the American Revolution. Clarke uses this to her advantage, employing a ship's wheel as the compass rose and adorning the title cartouche with Poseidon, seaweed, and seashells. Several ships ply the waters of the Atlantic and the Great Bay, one of the largest sheltered bays along the Atlantic coast. This map also highlights the commercial and recreational aspects of this thirteen-mile stretch of the Atlantic coast. Beachgoers enjoying themselves in bathing suits and umbrellas dot the coastline around Hampton Beach and Hampton Harbor. Banners and illustrations of buildings mark towns and villages, including Portsmouth, Durham, Exeter, Rye, Hampton, and Greenland. Textboxes provide short histories of Rye and Exeter, and the founding dates of other towns are noted. The region's landmarks, such as the Weeks House in Greenland and Exeter Academy in Exeter, are referenced. The whole is surrounded by a nautical-themed pictorial border, where illustrations of ropes and anchors separate text boxes filled with historical information, views of historic buildings and ships, and portraits of important historical figures.

This map was created by Dorothy Linscott Clarke and published in 1964. We are aware of one other known example, which is part of the collection at Dartmouth College.

Dorothy Linscott Clarke (April 29, 1903 - May 17, 1992) was an American artist known for pictorial maps. She created pictorial maps of Vermont and Worcester County, Massachusetts, along with fantasy maps of subjects including Noah's Ark. Learn More...