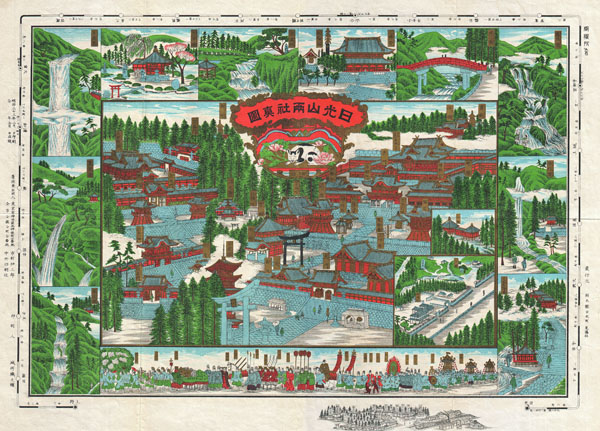 This is an extremely attractive c. 1901 Japanese view of Nikko, Japan. Covers the city center and surrounded by images of Nikko's most beautiful destinations. Smaller black and white view of the entire city, including the train station, below actual map. Train schedule around the outside doubles as a decorative border. Title cartouche features a black and white cat amidst cherry blossoms. Nikko is a U.N. World Heritage Site and considered to be one of the most beautiful cities in Japan.