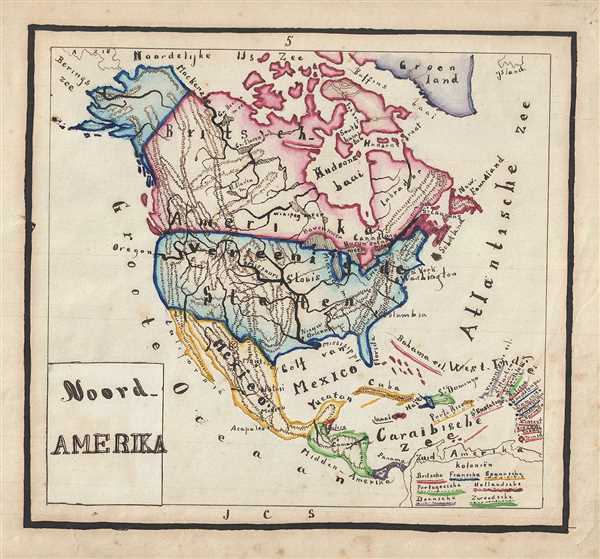 This is a striking 1871 manuscript map of North America by J. C. Sikkel. The map covers from the Arctic Ocean south to Panama and includes part of Greenland. The regions are color coded to represent British, French, Spanish, Portuguese, Dutch, Danish and Swedish possessions. Canada is shown as a British possession while the United States is shown as a French possession. The map also notes topography beautifully and identifies important cities, bays, seas, etc. Features wonderful and whimsical overall presentation with title cut out and pasted on sheet. This map was drawn in 1871 by J.C. Sikkel as part of Der Atlas Geheele Aarde.

Very good. Minor spotting. Title pasted onto sheet.
Looking for a high-resolution scan of this?