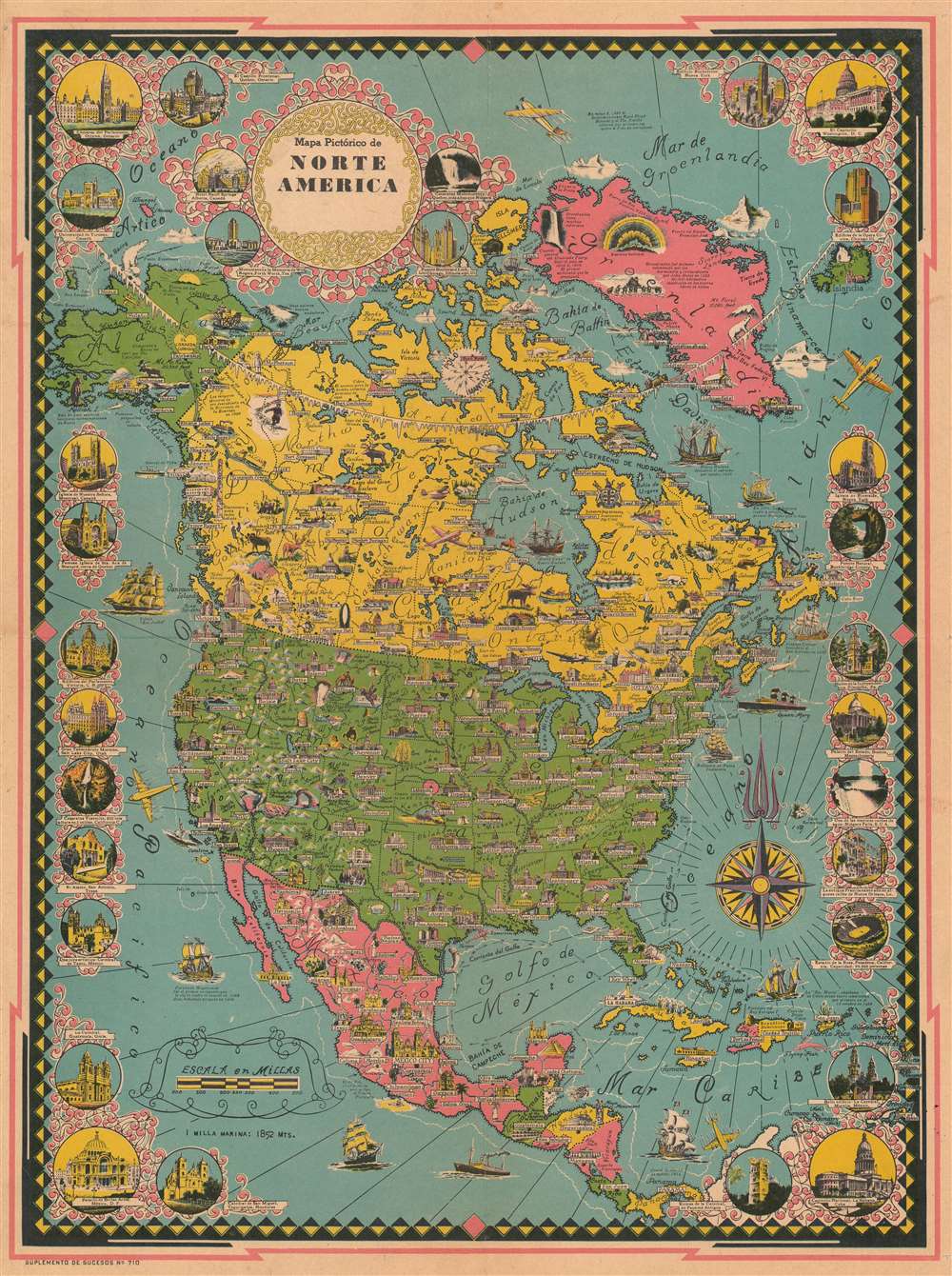 This is a 1945 Spanish translation of an Ernest Dudley Chase pictorial map of North America. Cities throughout the continent, from Anchorage, Alaska, to Panama City, Panama, are labeled in black lettering, with the capitals identified by block letters. Profile views of famous buildings enhance these labels, some of which include the White House, numerous state capital buildings, Guadalajara Cathedral, and the Mexico City Metropolitan Cathedral. Similar views also mark important cultural and natural sites, including Arches National Park, Yellowstone National Park (Old Faithful), Hoover Dam, Mesa Verde National Park, and Chichen Itza. Vignette views of other sites around the region, such as Rockefeller Center, the Capitol Building in Washington, D.C., Niagara Falls, the French Quarter in New Orleans, and the Capitol Building in Havana.

This map was published in 1945 as a supplement to issue number 710 of the Mexican magazine 'Sucesos para todos'. This is the only known example.