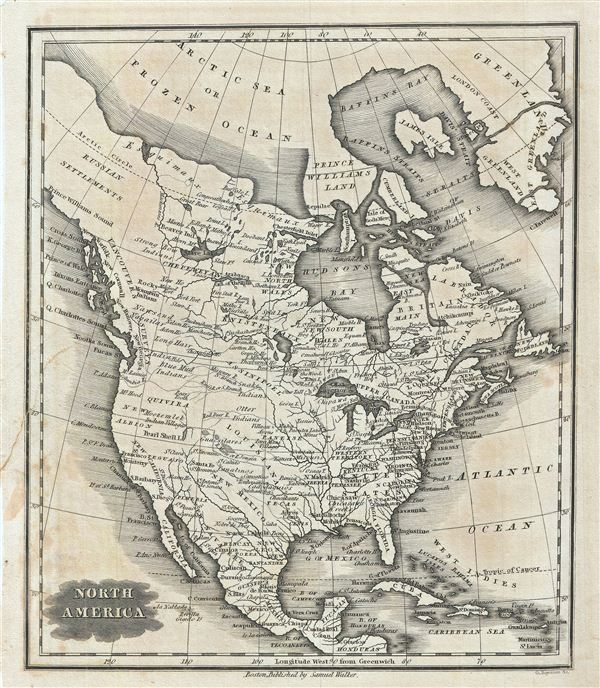 This is an attractive example of the 1828 Malte-Brun map of North America. It covers from Baffin Bay (Baffins Bay) to Honduras. This map predates the Mexican American War consequently most of California, New Mexico, and Texas are Spanish Territory. The mythical kingdom of gold, Quivara, a relic of 16th century Conquistador legends, is identified in modern day Oregon. Texas is identified as Tecas. The general lack of exploration in the Transmississippi is evidenced by the absence of Great Salt Lake. The Pacific Coast of the United States is here identified as 'New Albion,' a name given to the region by Sir Francis Drake, after he explored it and claimed it for england in 1579. Further north the Pacific Northwest follows the survey work of George Vancouver. Various Indian Settlements are identified, including Strong Bow Indians, Moozemlek Indian Village, Long hair Indians, Blue Mud Indians, Rocky Mountain Indians, and several others. Curiously, Greenland is divided into three parts following the early 19th century speculation that water channels lie hidden beneath the glaciers. Various, important rivers, islands, cities and other topographical details are noted. This map was published by Samuel Walker in 1828 as part of the American edition of Conrad Malte-Brun's System of Geography, Vol. I.