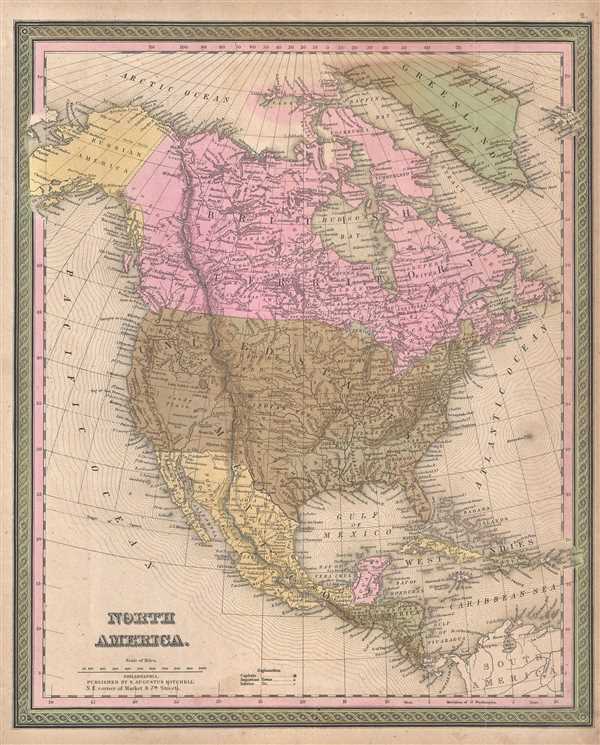 The Yucatan Peninsula is shaded a different color than the rest of Mexico.

This is an 1850 Samuel Augustus Mitchell map of North America. The map depicts from the Arctic Ocean to South America and from the Pacific Ocean to the Atlantic Ocean, Greenland, and the extreme western reaches of Iceland along the right border. The United States, Canada (labeled British Territory), Mexico, Central America, and the West Indies are illustrated. The Yucatan peninsula is shaded a different color than the rest of Mexico. Major cities are labeled, along with rivers and mountain ranges. One of the most attractive atlas maps of this region to appear in the mid 19th century.

Mitchell published this chart in his atlas from 1846 to the late 1850s before discontinuing the series and selling his map plates to DeSilver. This map was issued in the 1850 edition of the New Universal Atlas.