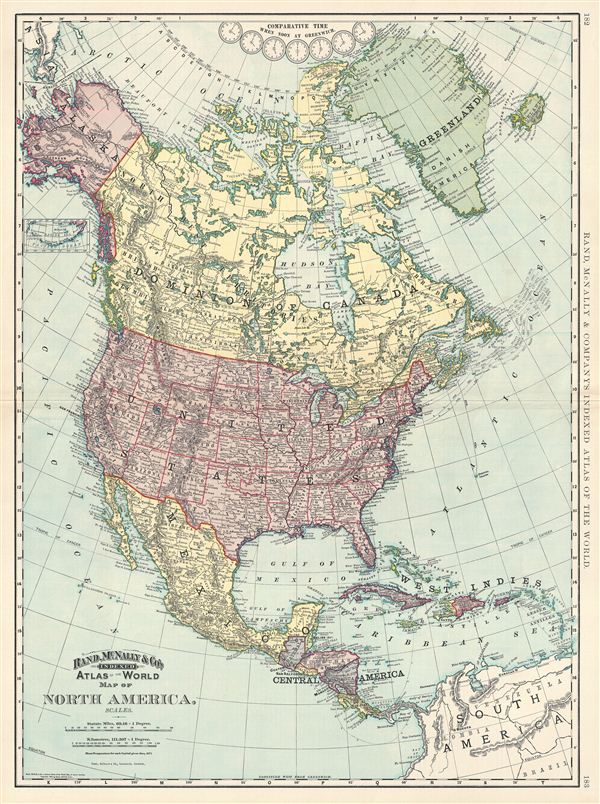 This is a beautiful example of Rand McNally and Company's 1892 map of North America. Centered on the United States, it covers from the Arctic Ocean to Panama, including Greenland, Iceland and parts of South America and the West Indies. An inset near the left margin details the Aleutian Islands. Various submarine cables are noted while comparative time zones are shown along the top border. Several important exploratory expeditions are noted north of Greenland. Color coded according to countries and territories, this map identifies numerous cities and towns, as well as notating various rivers, mountains, and other topographical details. Relief shown by hachure. This map was issued as plate nos. 182 and 183 in the 1895 issue of Rand McNally and Company's Indexed Atlas of the World - possibly the finest atlas Rand McNally ever issued.