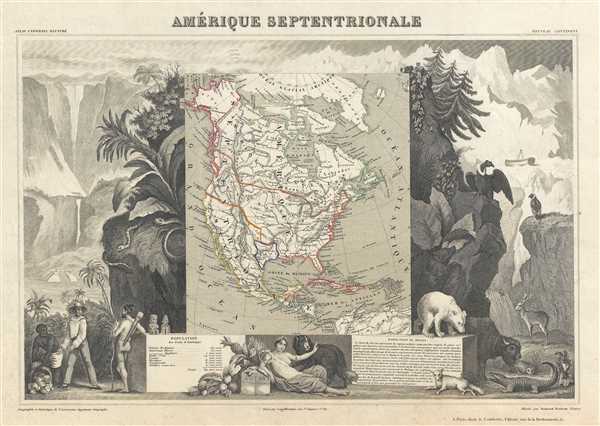 This is an 1852 Victor Levasseur map of North America. The map depicts the continent of North America from the Arctic Ocean and Greenland to Colombia in South America and from the Pacific Ocean to Iceland and northern Scotland. Levasseur published several different editions of his North America map - this being the most desirable due to its depiction of the ephemeral Republic of Texas. Though cartographically minimalist, there are several additional important elements that are worthy of note. These include the extension of Oregon territory well into British Columbia, reflecting the American claims that later led to the 54 40' dispute. Also, the Northwest Passage from Atlantic to Pacific is drawn as an open and practically navigable seaway.