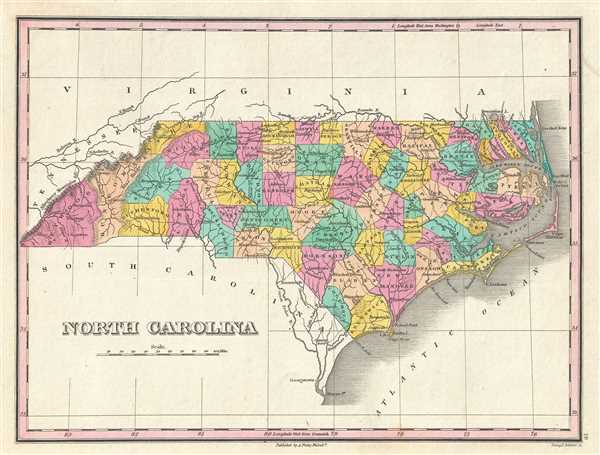 This is an 1828 Anthony Finley map of North Carolina. This rare map plate configuration depicts the state individually rather than bundled with South Carolina - as is more common. The region is illustrated from Tennessee to the Atlantic Ocean and from Virginia to South Carolina in Finley's classic minimalist style. Color coding is present at the county level and each county is labeled. Cape Lookout, Cape Hatteras and Cape Fear are identified, along with numerous cities and towns, including Raleigh.