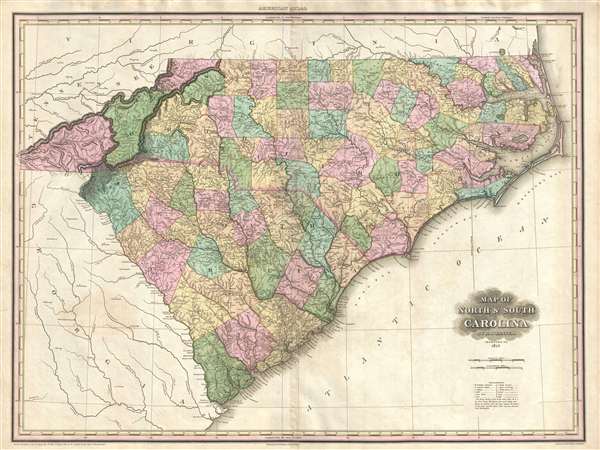 The finest large scale atlas map of North and South Carolina to appear in the 19th century.
$3,500.00

A rare and important map of North Carolina and South Carolina by H. S. Tanner. This elephant folio map covers all of Georgia and Alabama as well as, in less detail, adjacent parts of Georgia, Tennessee, and Virginia. The map shows rivers, topography by hachure, cities, towns and roadways. Counties are highlighted with color coding.