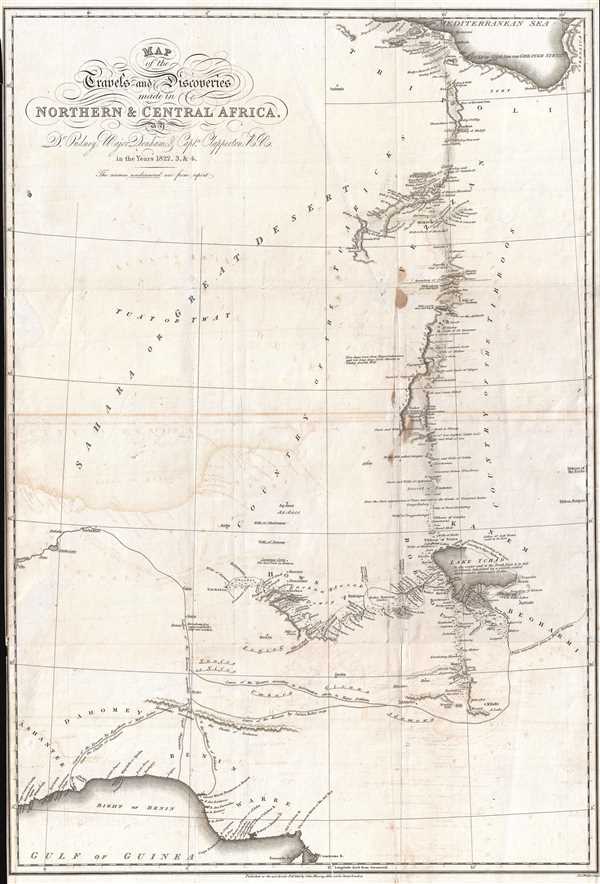 Map of the first European expedition to cross the Sahara from north the south.
$250.00

This is a scarce and intriguing 1826 map of North and Central Africa. The map depicts parts of Libya, Chad, Nigeria, and Benin, as well as several other African nations, although no 'international' borders are depicted. The map illustrates the expedition led by Walter Oudney, Hugh Clapperton, and Dixon Denham in detail. It traces their route from the Mediterranean Sea, close to the city of Tripoli, south through the Sahara to Lake Chad (Lake Tchad), and west from Lake Chad to Sackatoo. Many notes and waypoints are marked along their route, allowing the viewer to trace their journey. Although most of the area that they did not explore for themselves is left blank, supposed courses of the several rivers they did map have been included.
Looking for a high-resolution scan of this?