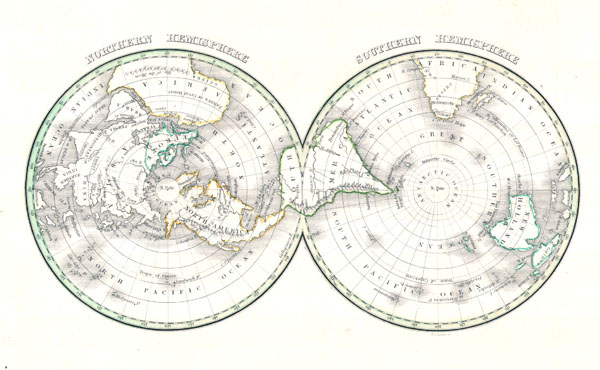 An unusual and attractive map of the world on a hemisphere projection. Depicts the world as seen from the North Pole and south pole. Antarctica is mysteriously absent. Divided according to continents. In Africa the Mountains of the Moon are shown, as are the Andes in South America, the Rockies in North America, and the Altaian Mountains of Asia. Prepared by Thomas Bradford for the 1838 issue of his small format atlas of the world.

Fine or perfect. No flaws of any kind.
Looking for a high-resolution scan of this?