1892 Rand McNally Map of the North Pole or Arctic Regions 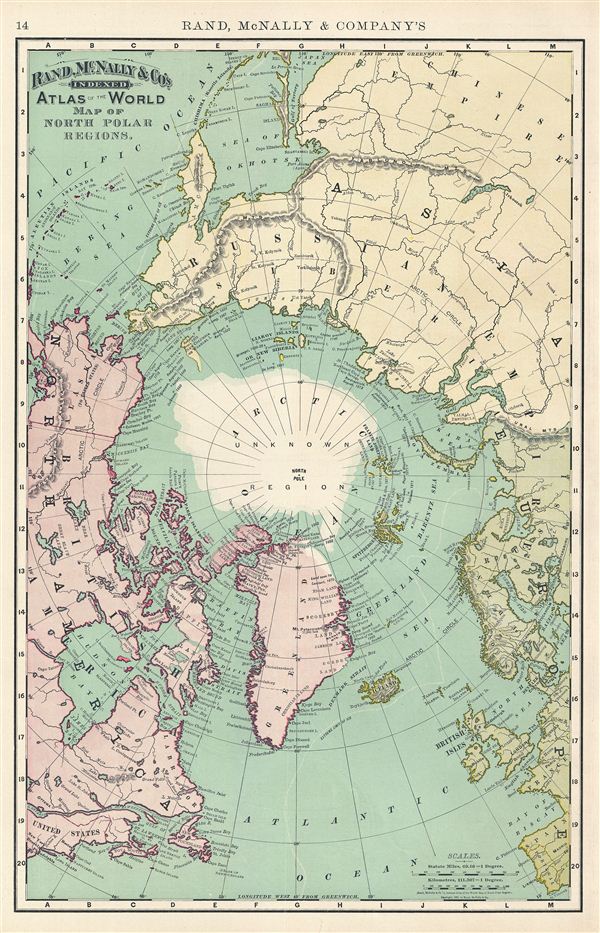 1892 Rand McNally Map of the North Pole or Arctic Regions

This is a beautiful example of Rand McNally and Company's 1892 map of the North Pole, Arctic, or Northern Polar Regions. It covers from ezo (Yesso or Hokkaido), Philadelphia, and Portugal north to the Pole. This map offers an excellent overview of the state of Arctic exploration and discovery to about 1892. Various Arctic expeditions noted, including those of Robert edwin Peary 1892, the Swedish Arctic expedition 1868, Fredrik Hjalmar Johannesen 1871, Long 1867, and James Cook 1778, among others. The sea between Japan and Korea, whose name, either the 'Sea of Korea' or the 'Sea of Japan,' is currently a matter of historical and political dispute between the two countries, is here identified in favor of Japan. The whole is color coded according to continents with rivers and various other topographical details with relief shown by hachure. This map was issued as plate no. 14 in the 1895 issue of Rand McNally and Company's Indexed Atlas of the World - possibly the finest atlas Rand McNally ever issued.