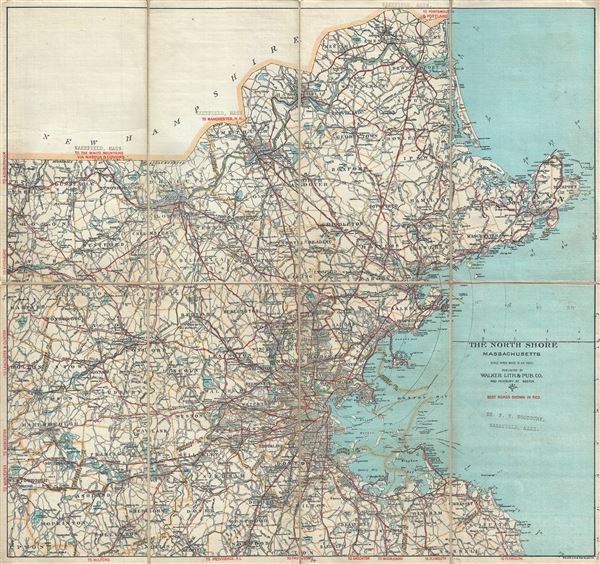 This is a beautiful c.1902 map of Boston and the north shore of Massachusetts along with parts of Middlesex County by the Walker Lithography and Publishing Company. It covers north east Massachusetts from Salisbury south as far as Scituate and inland as far as Upton, including Cape Ann. The map is highly detailed and notes several counties, cities, rivers, lakes, roads, islands and other important geographical features. Best routes are shown in red. This map was published by the Walker Lith. and Pub. Co. at 400 Newbury St., Boston.

Very good. Minor wear along original fold lines. Dissected into eight sections and backed on linen.
Looking for a high-resolution scan of this?