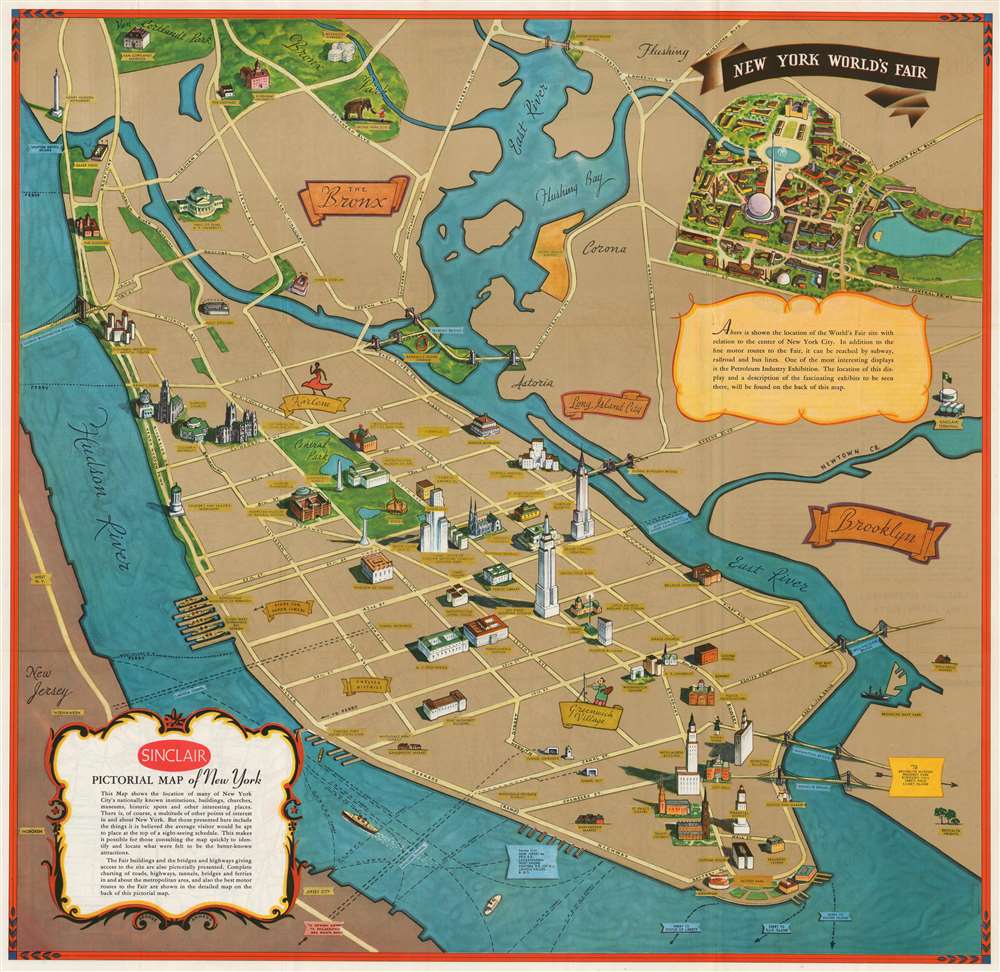 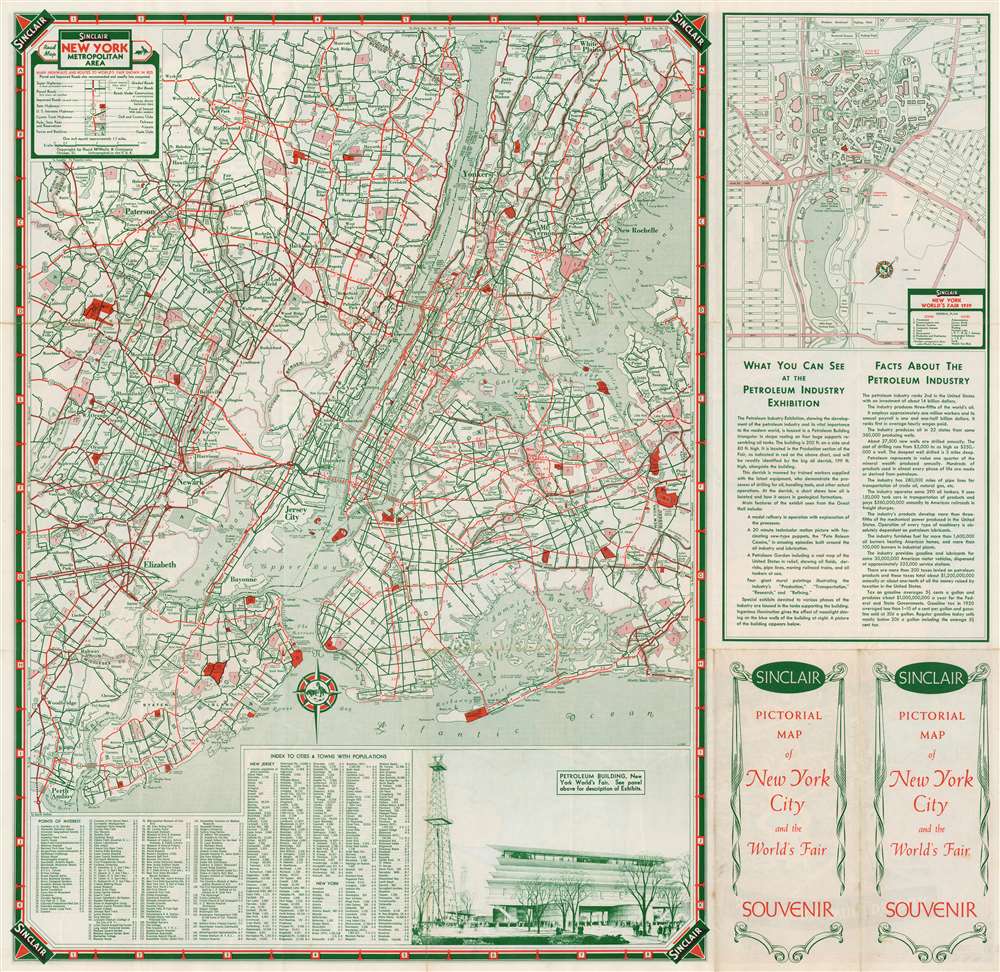 Promoting the 1939 World's Fair, and the Petroleum Industry.

This is a scarce pictorial map of New York City drawn in 1939 by Georg Annand for Sinclair Oil to promote the 1939 New York World's Fair. The map is a simplified perspective view of the island of Manhattan, with Flushing and the Bronx retreating into the distance and Central Park taking center stage. Like most of Annand's work, this map combines pictorial and minimalist tendencies. The typography is clear and legible; by dispensing with all but the most important thoroughfares, Annand is able to pictorially present a selection of the city's landmarks, such as its skyscrapers, museums and cathedrals. Several sports venues are shown: Madison Square Garden, Yankee Stadium, and the lamented Polo Grounds. The Bronx Zoo is depicted with an improbable scene of a little girl in a red dress stroking an elephant's trunk. Two neighborhoods are highlighted: Greenwich Village (indicated with an artist at an easel) and Harlem (indicated with a dancer in a smashing red dress.) Also noted: the Fulton Fish Market.

As attractive as it is, the recto map would not be of much utility to a new visitor to the 1939 Worlds' Fair. The maps on the verso solve the problem: a detailed road map of the New York vicinity, and a detail map of the Fair Grounds - along with a description of Sinclair's sponsored exhibition on the Petroleum Industry, presented in a boldly optimistic light characteristic of the period.

This map was printed in 1939 by Rand McNally and Company and presented as a souvenir at the World's Fair. The map is scarce: we see only six examples catalogued in institutional collections.