1866 Rand McNally Map of the World's Oceans and Ocean Currents 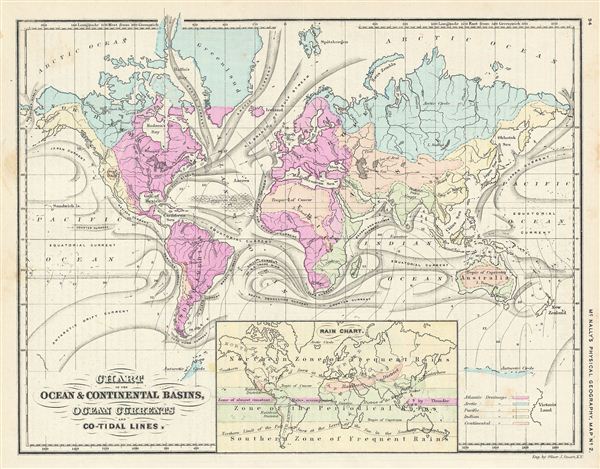 1866 Rand McNally Map of the World's Oceans and Ocean Currents

This is a beautiful example of Francis McNally's 1866 map of the World's oceans and ocean currents. It details the various oceans, continental basins, ocean currents and co-tidal lines of the world. An inset map near the lower margin features a rain pattern chart. The map is color coded according to the continental basins. Continents are named but boundaries of countries are not shown. Various rivers, seas, islands and several other topographical details are noted. This map was issued as map no. 2 in McNally's System of Geography.