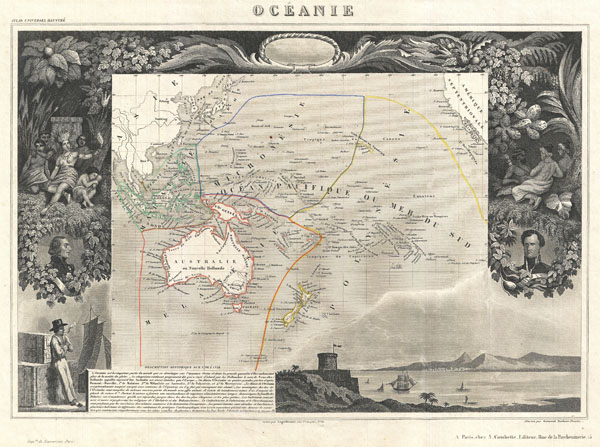 A fine example of V. Levasseur's desirable decorative map of Polynesia and Australia, dated 1852. Covers the Pacific from Sumatra to the California Coast, focusing on Australia, New Zealand, Indonesia, and the islands of Polynesia. The whole is surrounded by elaborate decorative engravings designed to illustrate trade riches of the region. There is a short textual history of the region depicted in the lower left quadrant. Published by V. Levasseur in the 1852 edition of his Atlas National de la France Illustree.