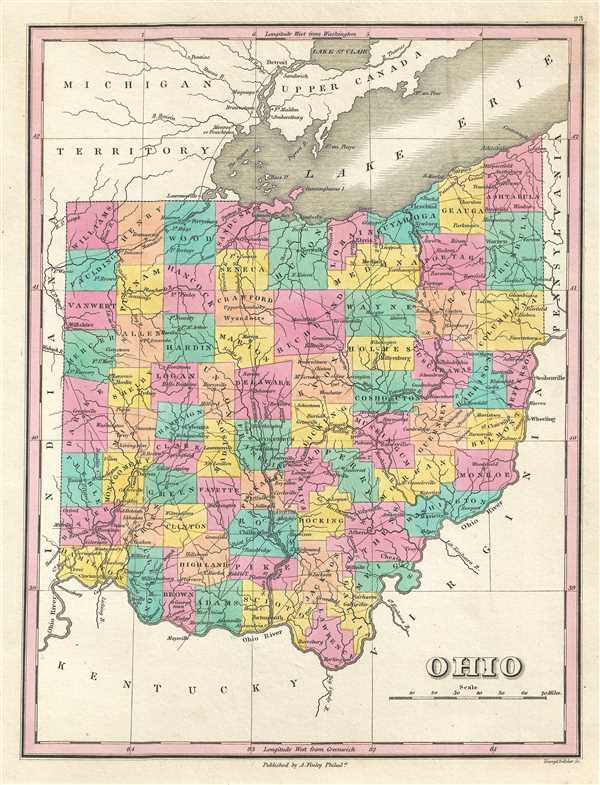 This is an 1828 Anthony Finley map of Ohio. The map depicts the state and the region from Upper Canada and the Michigan Territory to Kentucky and Virginia and from Indiana to Pennsylvania and Virginia in Finley's classic minimalist style. Rivers, roads, canals, and some topographical features are illustrated, with the Ohio River prominently featured as it creates the border between Ohio and Virginia and Kentucky. Numerous cities and towns are labeled, including Marietta, Cleveland, Columbus, and Cincinnati. Counties are easily distinguished as they are all labeled and shaded a variety of colors.