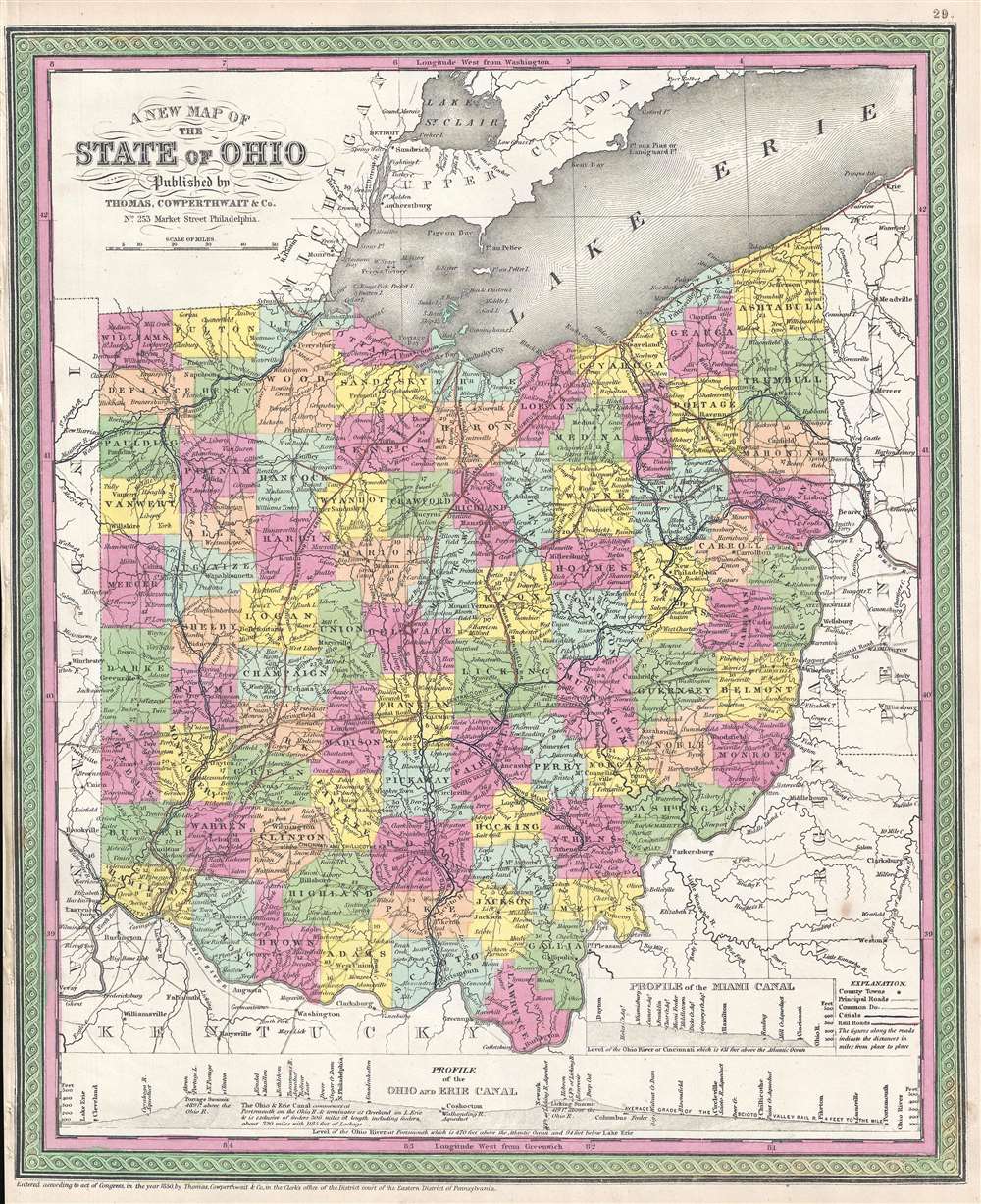 Features profile views of the Ohio and Erie Canal and the Miami Canal.
$225.00

This is an 1854 Thomas Cowperthwait and S. A. Mitchell's map of Ohio. The map depicts the state from Indiana to Pennsylvania and West Virginia (then still part of Virginia) and from Michigan and Canada to Kentucky and West Virginia. Highly detailed, myriad cities, towns, and villages are labeled, including Columbus, Cleveland (Cleaveland), and Cincinnati. Individual counties are illustrated, labeled, and shaded different colors to allow for easy differentiation.

Roads and railroads snake their way across the state, including the National Road, which traverses the center of the state and passes through Bridgeport, St. Clairsville, Zanesville, Columbus, and Springfield, along with numerous other cities and towns. The National Road was the first major improved highway in the United States built by the federal government. Construction on the road began in 1811 and was completed in 1837, providing a connection between Cumberland, Pennsylvania and Vandalia, Illinois. A profile view of the Ohio and Erie Canal is situated along the bottom border, with a profile of the Miami Canal included just above it. The whole is engraved and colored in Mitchell's distinctive style with green border work and vivid pastels.

This map was prepared by S. A. Mitchell for publication by the Philadelphia firm of Thomas Cowperthwait & Co. as plate no. 29 in the 1854 edition of Mitchell's New General Atlas. Dated and copyrighted, 'Entered according to act of Congress in the year 1850 by Thomas Cowperthwait & Co. in the Clerk's office of the Eastern District of Pennsylvania.'