1854 Spruner Map of the Ottoman Empire after the 17th century 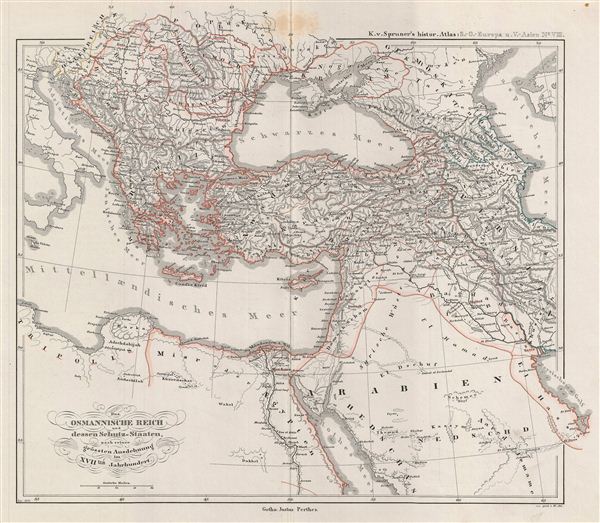 1854 Spruner Map of the Ottoman Empire after the 17th century

This is Karl von Spruner's 1854 historical map of the Ottoman empire at its greatest extant around the end of the 17th century. The map covers from Bosnia to egypt and as far east as Persia. In the middle part of the 17th century, after its period of growth, the Ottoman empire entered a period of gradual decline and stagnation. The whole is rendered in finely engraved detail exhibiting throughout the fine craftsmanship of the Perthes firm. Prepared by Karl Spruner for publication as plate no. VIII in the second edition of Justus Perthes' 1854 Historich-Geographischer, Hand-Atlas zur Geschichte der Staaten europa's vom Anfang des Mittelalters bis auf die Neueste Zeit.