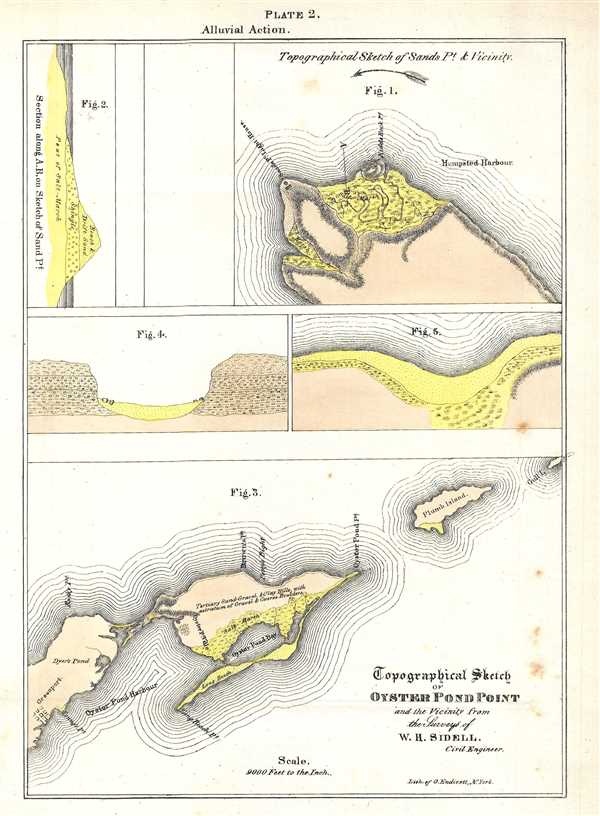 This is an 1842 William Mather lithograph plate from his Geology of New York, Part I depicting Oyster Pond Point and Sands Point, Long Island. Today, the areas in Figure 3 labeled here as Oyster Pond Harbour and Oyster Pond Bay are known as the Peconic River and Long Beach Bay. Figure 3 depicts from East Marion, Long Island to Plum Island. Figures 4 and 5 illustrate alluvial drift and the depositing of boulders around Oyster Pond Point. Figure 1 illustrates the region around Sands Point, which lies between Hempstead Bay and Manhasset Bay. The Sands Point lighthouse is labeled. Figure 2 is a cross section of Sands Point, enhancing the viewer's understanding of the geological make-up of the area.

The topography for this plate was sketched by W.H. Sidell, a civil engineer, engraved by George Endicott, and published in William Mather's Geology of New York, Part I in 1842.