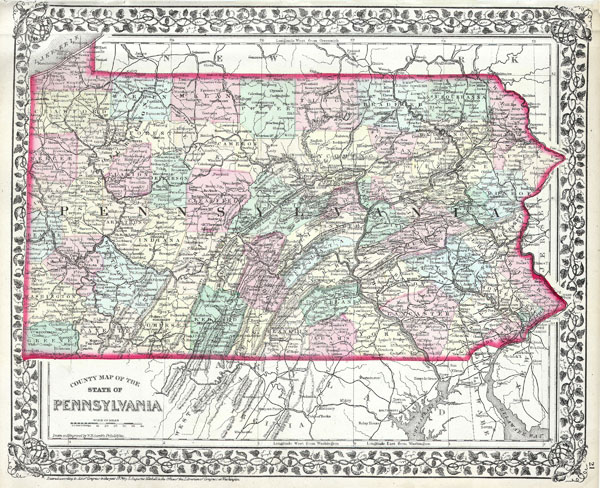 This hand colored map is a lithographic engraving, dating to 1874 by the legendary American mapmaker S.A. Mitchell Jr. This is a rare representation of Pennsylvania.