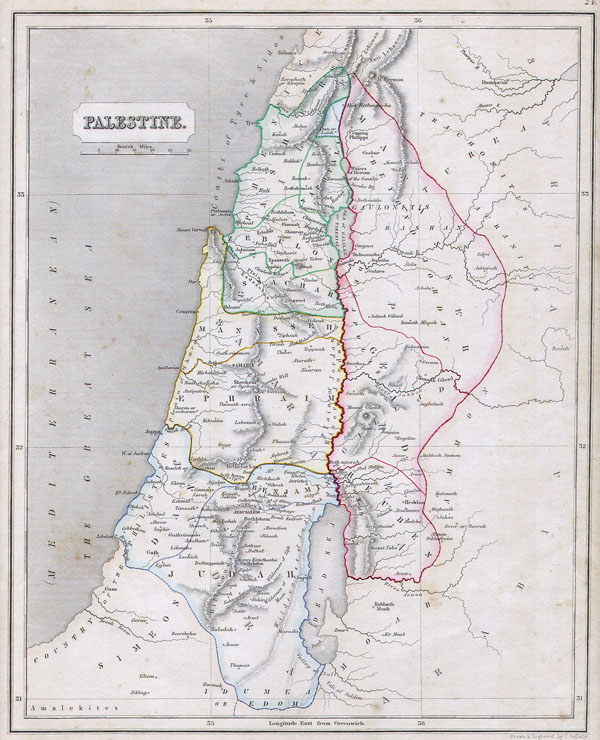 This is an 1845 Map of Palestine or Israel or the Holy Land. Depicts from the Dead Sea in the south to Tyre and Sidon on the north. Full of wonderful details referring to Biblical narrative.

Very good condition. Light age toning. Blank on verso.
Looking for a high-resolution scan of this?