1835 Hall Map of Palestine, Israel or the Holy Land 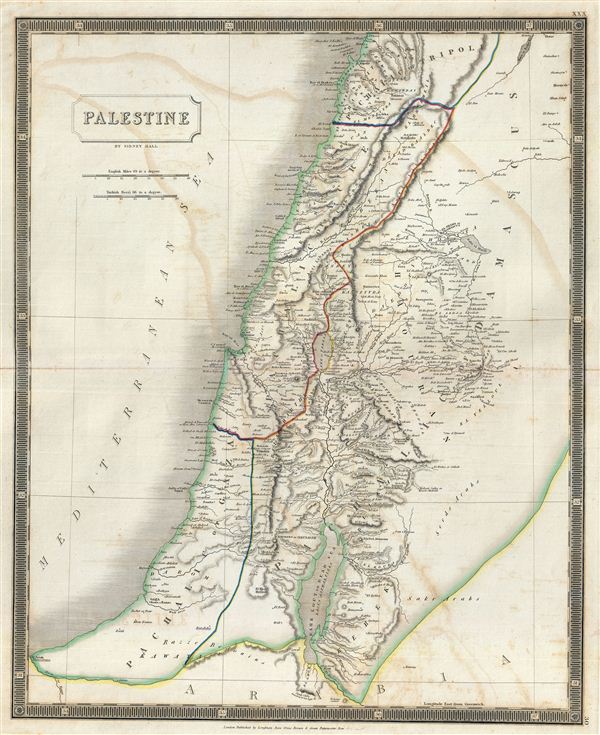 1835 Hall Map of Palestine, Israel or the Holy Land

This is a beautiful map of Palestine, Israel or the Holy Land, from Sidney Hall's extremely scarce 1835 New General Atlas. Towns, rivers, mountains, islands and various other important topographical details are noted. Elevation throughout is rendered by hachure and political and territorial boundaries are outlined in color. Indigenous tribes such as the Serde Arabs and Sark Arabs, among others, are identified. The map shows the administrative divisions of the Ottoman Empire which include the Pachalic of Gaza, Pachalic of Acre, Pachalic of Damascus, and part of the Pachalic of Tripoli.

Hall prepared this map in the waning years of the Ottoman Empire whose influence, though rapidly declining, still held sway over much of the Middle East. In 1832, Palestine was conquered by Muhammad Ali's Egypt following the Egyptian-Ottoman War. British intervention returned control of Palestine to the Ottoman rulers in 1840 which lasted until World War I. Ancient as well as modern place names are noted.