1861 Johnson Map of Palestine, Israel, or the Holy Land 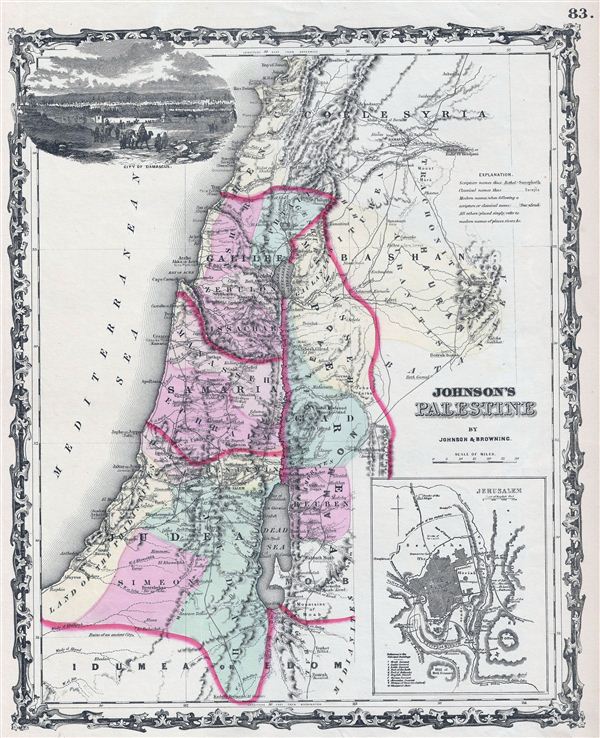 1861 Johnson Map of Palestine, Israel, or the Holy Land

A beautiful example of A. J. Johnson's 1862 map of Palestine / Israel / Holy Land. Details the region from Beirut south to Busaireh and Kadesh Barnea. extends eastward as far as Mount Alsadamus in modern day Syria. Offers both contemporary and ancient geography, often noting multiple names for the same political and geographical features. Also shows numerous roadways and caravan routes throughout the region. An inset in the lower left hand quadrant details Jerusalem with 10 important churches, biblical sites, and mosques noted. An engraved view of Damascus decorates the upper left quadrant.

Features the strapwork style border common to Johnson's atlas work from 1860 to 1863. Published by A. J. Johnson and Browning as plate number 83 in the 1861 edition of Johnson's New Illustrated Family Atlas. This is the last edition of the Johnson Atlas to bear the 'Johnson and Browning' imprint. Subsequent editions reflect Ward's 1862 acquisition Ross C. Browning's shares in the firm.