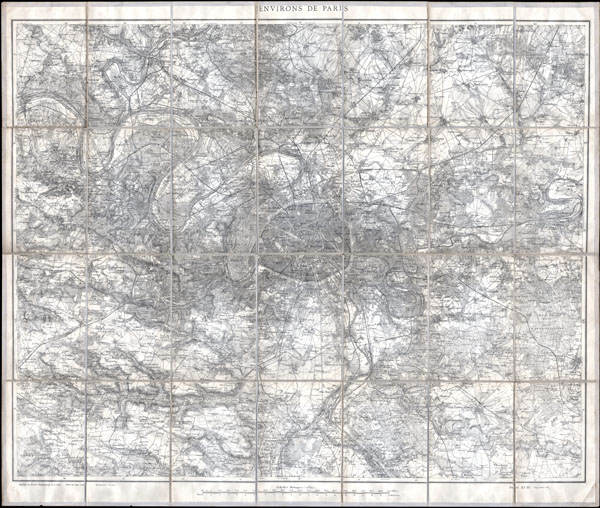 This is a splendid large size case map of Paris, France, and its environs prepared by the French Service Geographique de L'Armee. Extends from Vigny in the northwest to Rambouillet in the southwest to Marchemoret in the northeast and Solers in the southeast. Reveals the region in extraordinary detail to the level of individual buildings, parks, rivers, and streets. This is the 1926 reissued of the original 1902 map. Earlier variants of this map have been published from about 1850 onward and have been the basis for similar small format maps produced for numerous British and American atlases. This particular map has been dissected into 28 sections and mounted on linen for the purposes and folding and transport

Very good condition. Minor age toning, else fine. Dissected and mounted onto linen. Linen in generally very good condition, but with minor wear at some of the fold intersections.
Looking for a high-resolution scan of this?