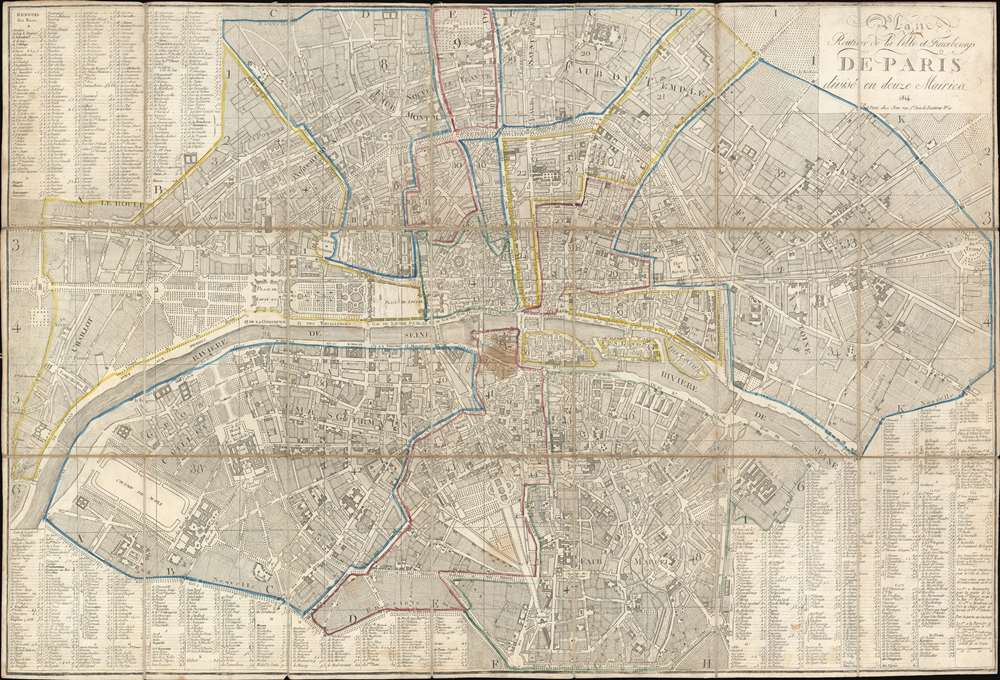 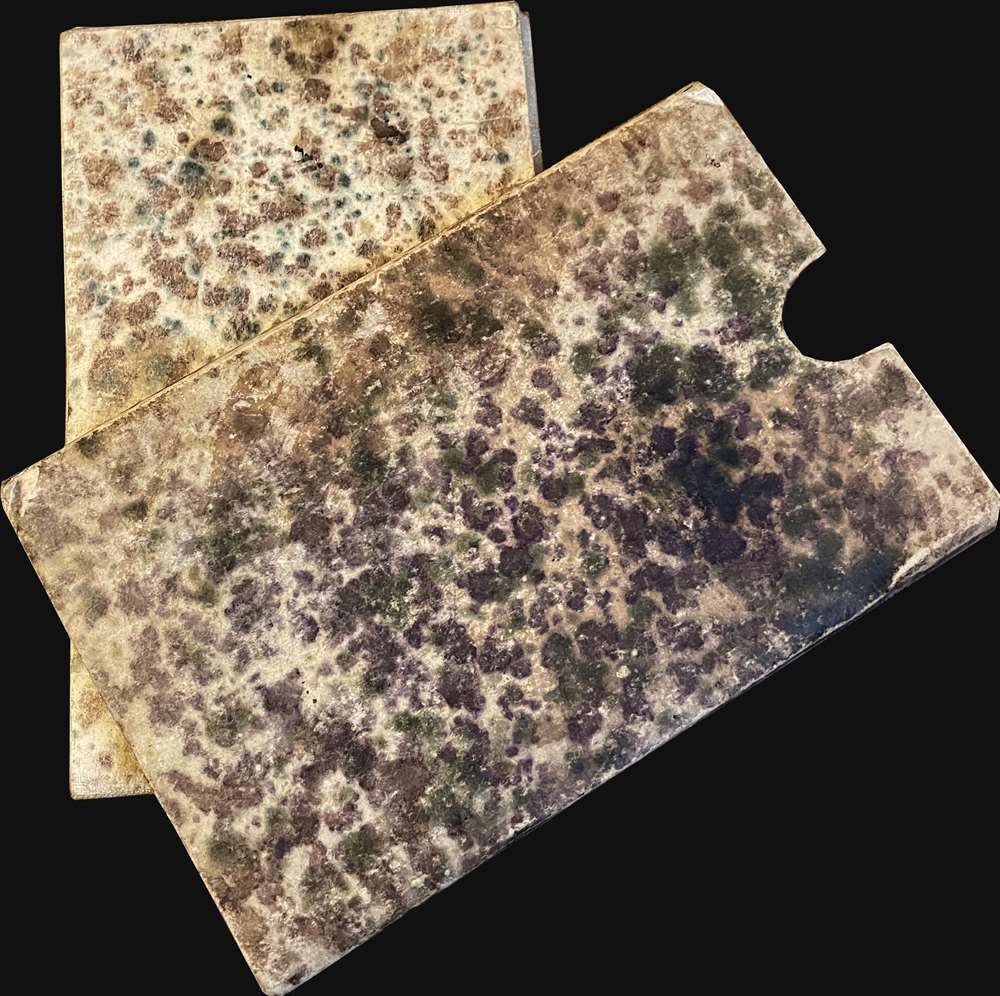 This is an 1814 Chez Jean city plan or map of Paris, France. The map captures Paris on the cusp of transformation, just prior Emperor Napoleon Bonaparte's defeat (1814/15) and the Bourbon Restoration. The map significantly predates the major reforms and retrogressions of the Bourbon Restoration (1814 - 1830). Celebrated Parisian landmarks, including Napoleon's Arc de Triomphe at the Place de l'Étoile, the Louvre, the Jardin des Tuileries, and Notre Dame, all appear. Street indexes occupy three of the four corners, with the title occupying the fourth.

Napoleon reigned over France and Paris from 1800 until 1814. During his reign, Napoleon transformed Parisian life, mostly for the better. He constructed three new bridges: the Pont d'Iéna, the Pont d'Austerlitz, and the Pont des Arts (the first iron bridge in Paris). He also built the Rue de Rivoli from the Place de la Concorde to the Place des Pyramides. He improved the city's sewer system and water supply, building twelve new fountains. He also built monuments, including the Madeleine, the Arc du Triomphe du Carrousel, and the column in the Place du Vendôme.

His contributions were not limited to construction. He also instituted the arrondissement system. Under Napoleon, Paris's fire brigade was professionalized - following a fire at the Austrian Embassy that killed the wife of the Austrian Ambassador and the Princess de la Leyen. He also restored the requirement that doctors to have a medical degree, removed during the French Revolution, and reorganized the hospital system. Napoleon's reign also saw the establishment of official Paris cemeteries, which included Pere Lachaise and expanding the cemetery in Montmarte.

This map was created and published 'Chez Jean' in 1814. It is rare, as we note just one in OCLC, located at the Bibliothèque Nationale de France. Scarce to the market.