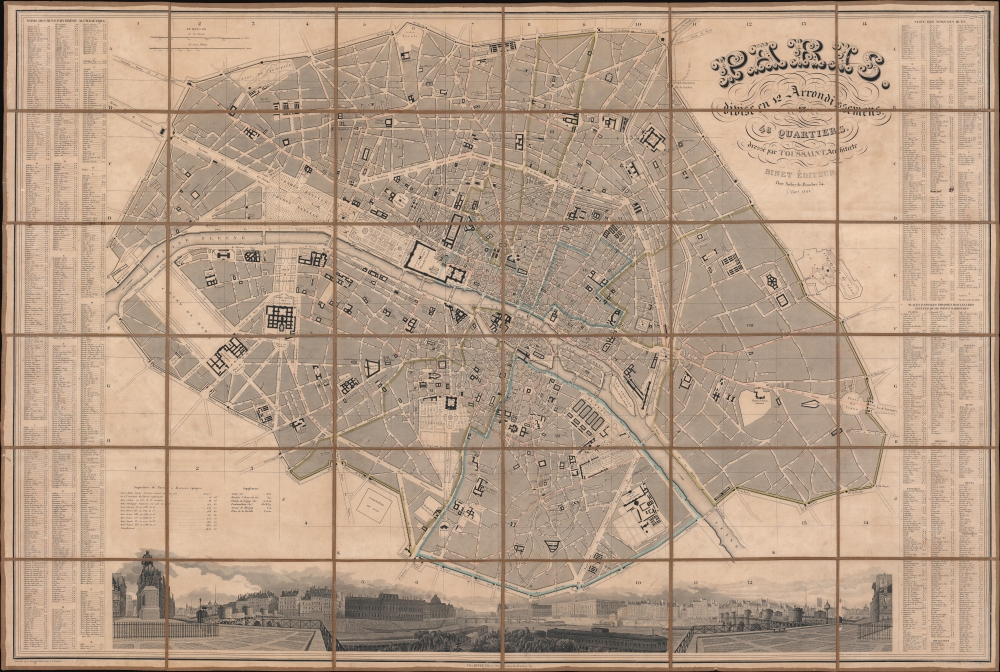 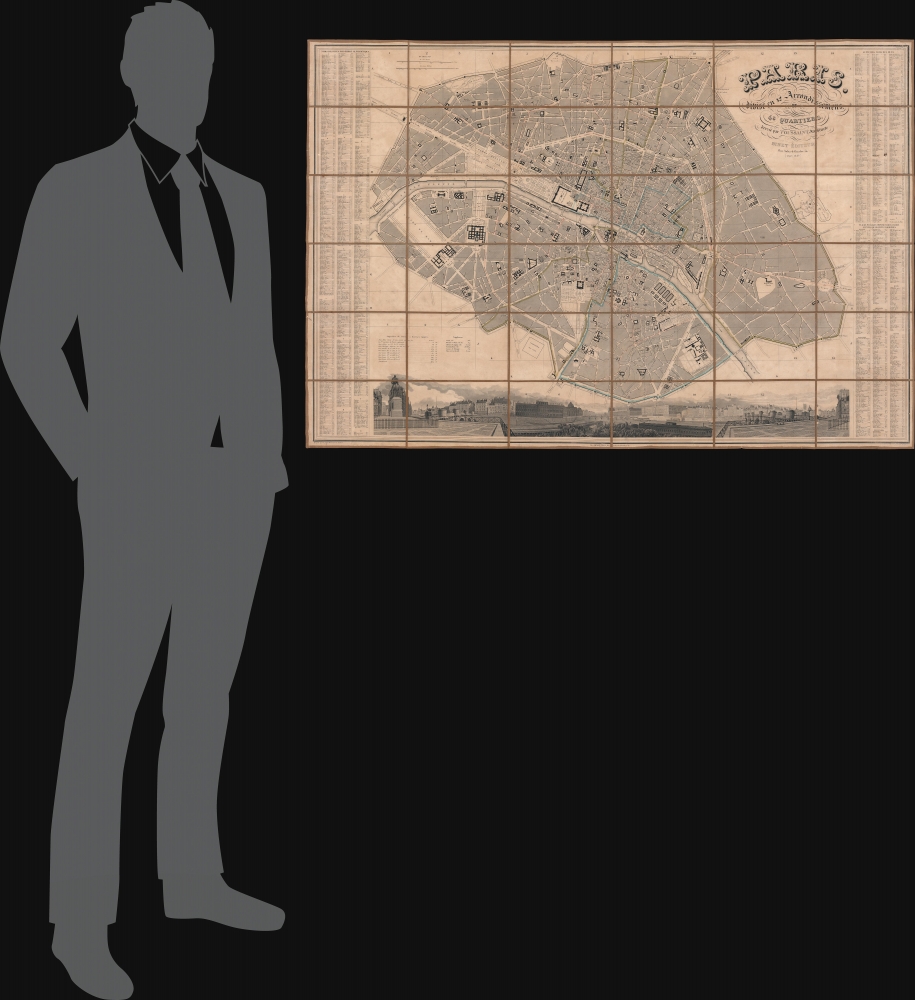 Includes a stunning view of central Paris along the Seine.
$1,000.00

This is a c. 1840 G. Alvar Toussaint city plan or map of Paris, France, under King Louis-Philippe (1830 - 1848). The map captures Paris when it remained a rabbit warren of narrow mediaeval streets - the Haussmannn Renovations did not begin until 1848. At the time Paris was the beating heart of European Romanticism, the home of Balzac, Delacroix, Rossini, Chopain, Liszt, Berlioz, Manet, Hugo, and so many others.

Monuments, hospitals, museums, and other buildings (including a slaughterhouse) appear in black, including the Louvre and the Palais des Tuileries, the Arc de Triomphe, the Palais du Luxembourg, Les Invalides, and the École Militaire. Trees line the Champ de Mars, the Champs Élysées, and other avenues, parks, and boulevards. An alphabetic index occupies both the left and right, with references associated with a grid. A beautiful view stretching from Pont Neuf to the Pont des Saints Pères occupies the lower border.

This map was drawn by G. Alvar Toussaint, engraved by Frédéric-Guillaume Laguillermie and Lebel, with letter engraving by Abel Malo, and published by Binet c. 1840. We note three cataloged examples in OCLC: Princeton University, the Getty Research Institute, and the Bibliothèque nationale de France.

Frédéric-Guillaume Laguillermie (1805 - 1870) was a Parisian engraver, cartographer, and printmaker best known for his partnership with Victor Levasseur. He was the father of Frédéric-Auguste Laguillermie (March 27, 1841 - December 14, 1934) the famous French painter and etcher. Learn More...