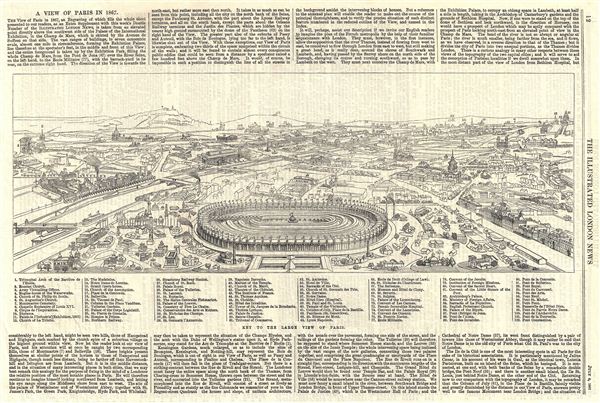 A pleasing view of Paris in 1867 with important buildings numbered and named. This map centered on the longer extant Palace of the International exhibition, which was once situated on the site of the eiffel Tower. The view stretches to Montmartre and Sacre Coeur in the distant background. Almost as interesting as the view on the front are the news facts and literary reviews on verso. Published in the July 6, 1867 issue of the London Illustrated News.