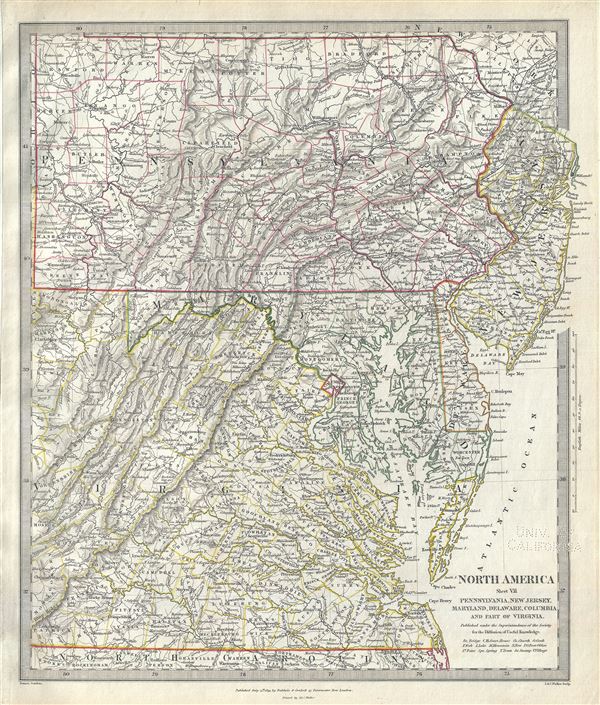 This is a lovely 1833 map of Pennsylvania, New Jersey, Maryland, Delaware and Virginia issued by the Society for the Diffusion of Useful Knowledge or S.D.U.K. The map covers the states of Pennsylvania, New Jersey, Maryland and Delaware in full with parts of modern day Virginia and West Virginia. States are color coded with outline color. Several important topographical features including rivers, mountains, lakes, etc. are noted throughout.

Very good. Bears University of California Library Stamp, from which it was deaccessioned, in lower right quadrant. Minor spotting. Blank on verso.