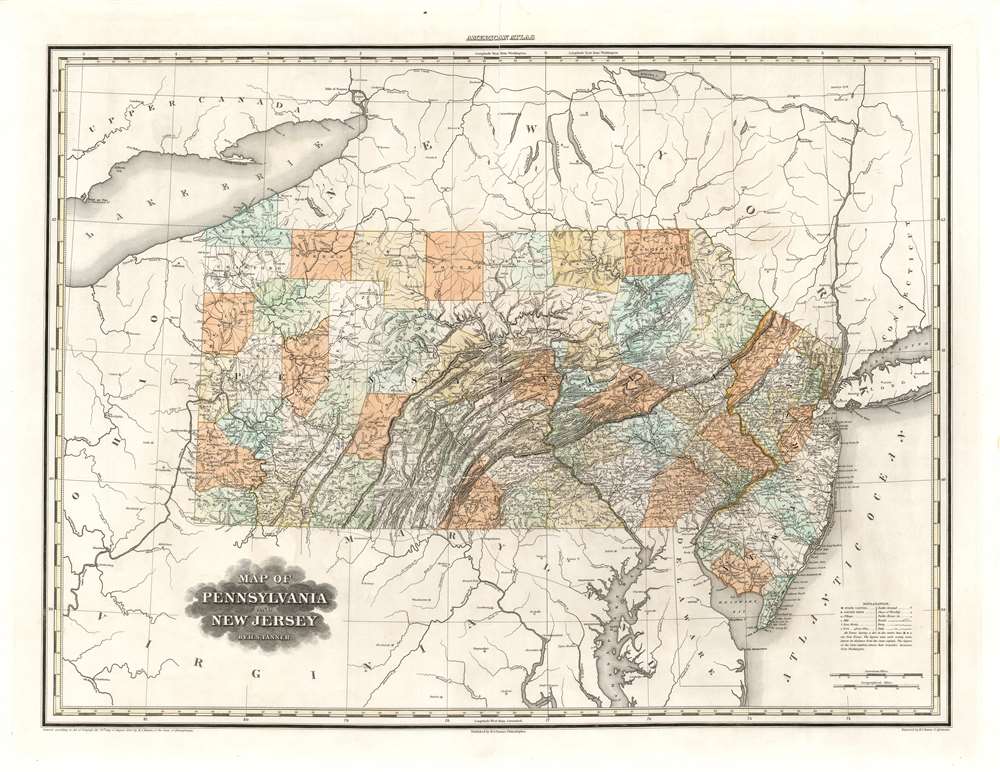 The rare first state of H. S. Tanner's 1823 map of Pennsylvania and New Jersey. This elephant folio map covers all of Pennsylvania and New Jersey in detail, as well as sketching in the adjacent parts of New York, Ohio, Virginia, and Maryland. The map shows rivers, canals, cities, towns and roadways. Topography is indicated with hachure. In particular, Pennsylvania's early industrial history is captured here, showing sawmills, iron mines and iron works, salt and limestone mines, and even coal mines in Clearfield and Centre Counties (including specifically the Allegheny Coal Company).