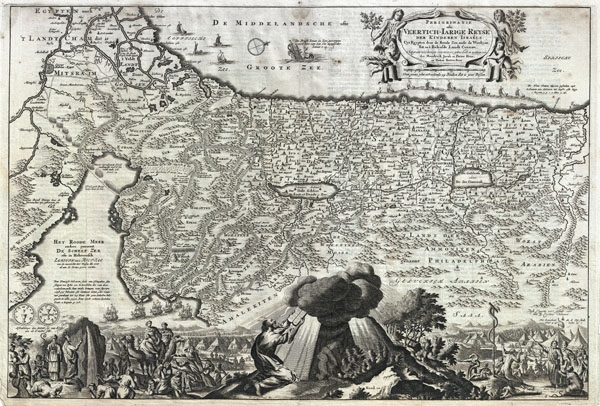 Daniel Stoopendaal (1672-1726) was a Dutch engraver and mapmaker active in Amsterdam during the early part of the17th century. Stoopendaal is best known for his garden and landscape prints. Cartographically D. Stoopendaal's most notable work is his re-engravings of Visscher maps of the Holy Land for inclusion in the Keur Bible. Daniel Stoopendaal is often confused with Bastiaan Stoopendaal, an engraver associated the Visscher firm, with whom he frequently work but was most likely not related.