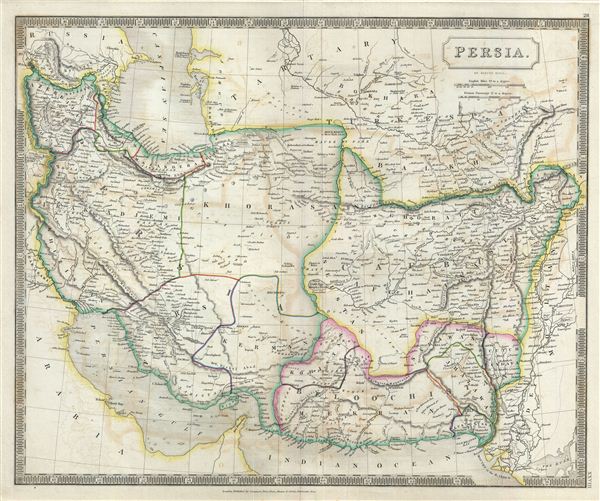 This is a beautiful map of Persia from Sidney Hall's extremely scarce 1835 New General Atlas. It covers from Kouk Daria (Garaboazkoi Basin) to the Indian Ocean and the mouths of the Indus Rover and the Great Rann of Kutch in India. It includes the modern day nations of Iran and Afghanistan as well as parts of Pakistan and Turkmenistan. Hall shows offshore reefs and banks in the Persian Gulf. Towns, rivers, mountains, islands and various other important topographical details are noted. Elevation throughout is rendered by hachure and political and territorial boundaries are outlined in color. He also notes several ruins, including the Ruins of Persepolis and the Ruins of Susa. Persia at this time was controlled by the powerful Qajar Dynasty of Shahs.