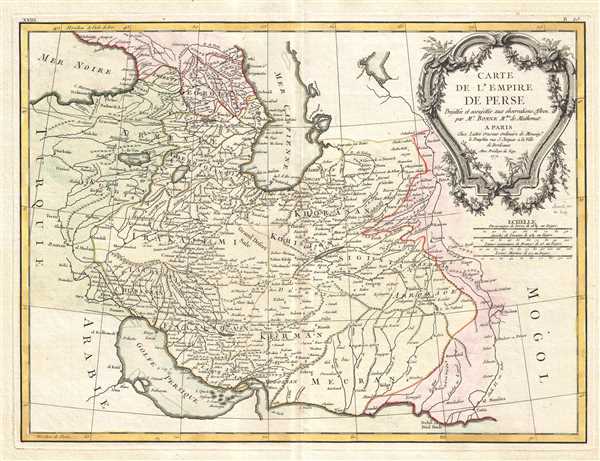 This region is one of the major focuses of international relations today.

This is a 1771 Rigobert Bonne map of Persia. The map depicts from the Black Sea to the Persian Gulf and from the Caspian Sa to the Indus Valley. The modern-day nations of Iran, Iraq, Kuwait, Afghanistan, Georgia, Armenia, and Azerbaijan are illustrated, along with parts of adjacent Turkey, Saudi Arabia, and Pakistan. Numerous tribal areas, villages, cities, deserts, caravan routes, and river systems are labeled. A large decorative title cartouche bearing garlands appears in the upper right hand corner.