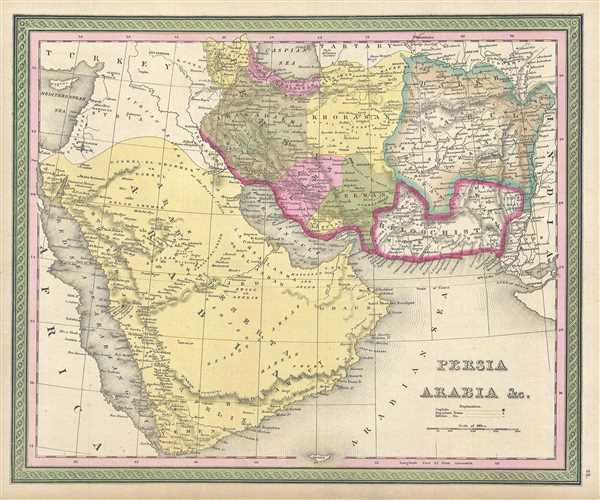 This is a beautiful hand colored map of Persian and Arabia, dating to 1850, by the legendary American map publisher S.A. Mitchell, the elder. Includes what is today Saudi Arabia, Israel, Syria, Jordan, Iran, Iraq and Afghanistan. Mitchell offers a wealth of detail throughout, identifying mountains, deserts, rivers, springs, caravan routes, cities, towns, forts, and an assortment of additional political and topographical elements. Map is hand colored in pink, green, yellow and blue pastels to define national and regional boundaries.