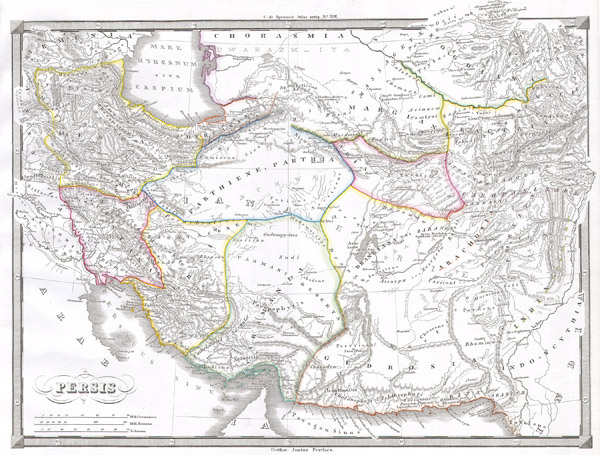 This hand colored map is a steel plate lithograph depicting the Persian Empire. It was published in 1850 by the legendary German cartographer Justus Perthes. Issued as part of the the 'Spruneri Atlas Antiquarie.'

Map is in fine or perfect condition.