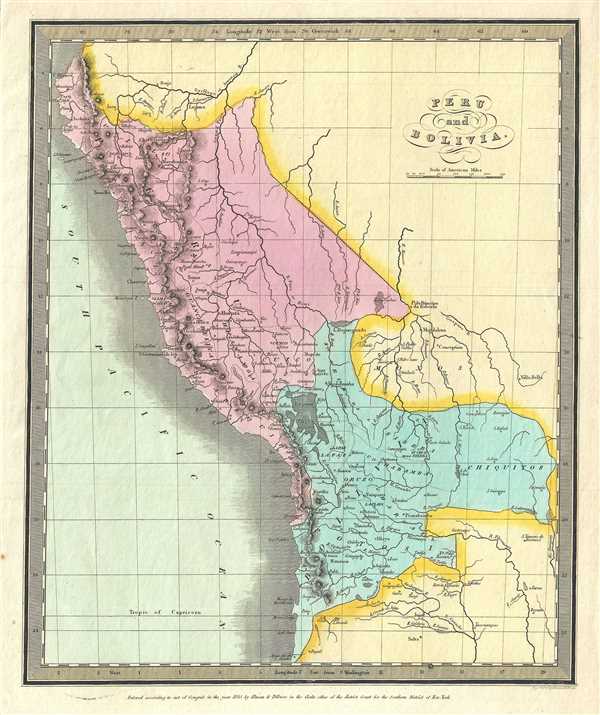 This is a good example of the 1833 first edition map of Peru and Bolivia by David H. Burr. It covers all of Peru and Bolivia. Bolivia's claims to the Atacama Desert and Peru's claims to the Tarapaca region - both of which are today part of Chile, are shown here. Towns, rivers, mountains, lakes and other topographical features are noted. Elevation is rendered by hachure and political and regional territories are color-coded.