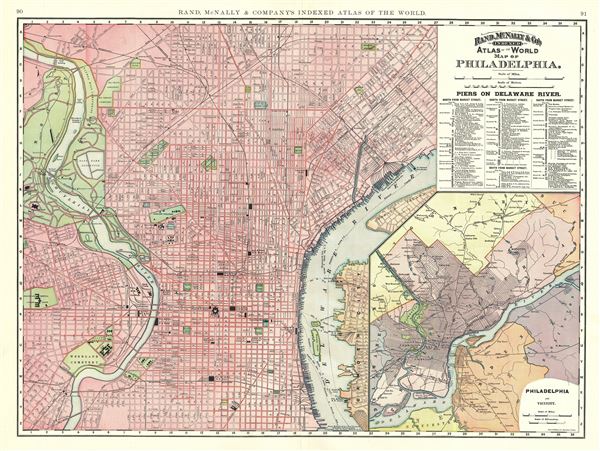 This is a beautiful 1891 map or plan of the city of Philadelphia, Pennsylvania by Rand McNally and Company. This city plan covers Philadelphia from the Fairmount to Treaty (Petty's) Island. Part of Camden New Jersey is also included. The map is highly detailed, showing street grids, parks, cemeteries, individual buildings, rivers, islands, piers, railroads, and other topographical features. An inset in the lower right quadrant details Philadelphia and vicinity. An index of the piers on the Delaware River is also included below the title. This map was issued as plate nos. 90 and 91 in the 1893 edition of Rand McNally and Company's Indexed Atlas of the World- possibly the finest atlas Rand McNally ever issued.