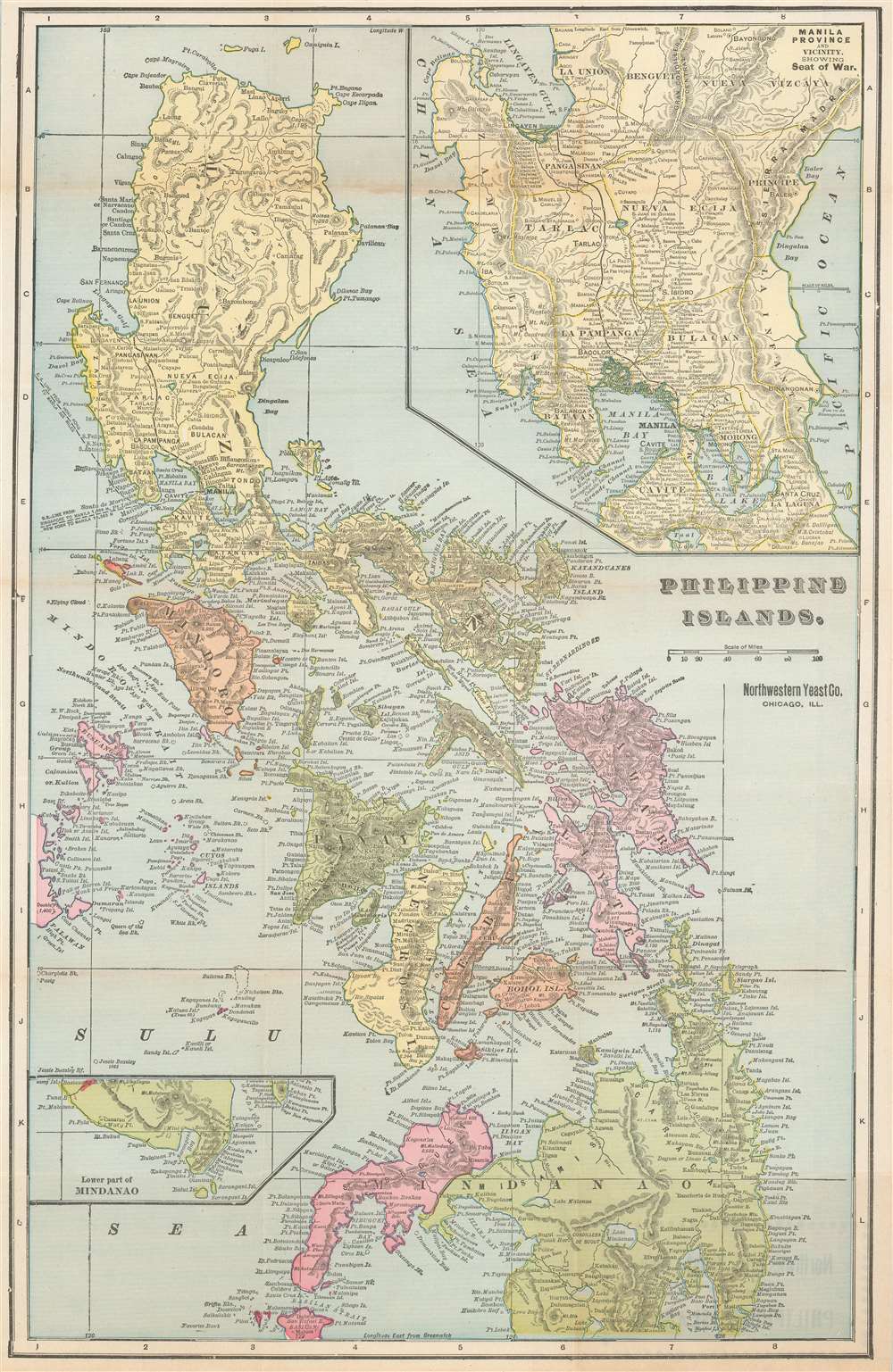 This is a rare c. 1899 Fort Dearborn Publishing Company and Northwestern Yeast Company map of the Philippines. The map depicts the entire archipelago, with an inset in the upper right focusing on the Central Luzon region in the vicinity of Manila Bay and a second inset detailing southern Mindanao.

The Northwestern Yeast Company was founded in Chicago in 1893 after Egbert W. Gillett, of the George A. Weiss Malting and Elevator Company, and John and Henry Boyle combined their firms. Gillett’s company sold ‘Magic Yeast’ while the Boyle’s firm sold their own brand of yeast, which they called ‘Yeast Foam’. After the merger, the company retained both products, most likely in an effort to avoid antitrust litigation. Although the ultimate fate of the business is unknown, it is known that the company was sued by employees claiming not to have been paid overtime and also faced antitrust issues in the 1940s. The factory was sold by 1950.

This map was created by the Fort Dearborn Publishing Company and issued and distributed to various business to use as a kind of calling card. The present example was published on behalf of the Northwestern Yeast Company. We are aware of other variants published to advertise Harper and Googin of Lewiston, Maine, importers of Asian hardwoods from the Philippines, and F.M. Spaulding and Company of Claremont, New Hampshire.

The Fort Dearborn Publishing Company (fl. c. 1893 - 1905) was an American publishing firm based in Chicago, Illinois. The firm published atlases, books, cookbooks, and separate maps. John F. Waite served as the president from at the latest 1896 until at least 1903 and the firm operated out of 415 and 417 Dearborn Street in Chicago. Learn More...

Good. Light wear and toning along original fold lines. Some text on verso.
Looking for a high-resolution scan of this?