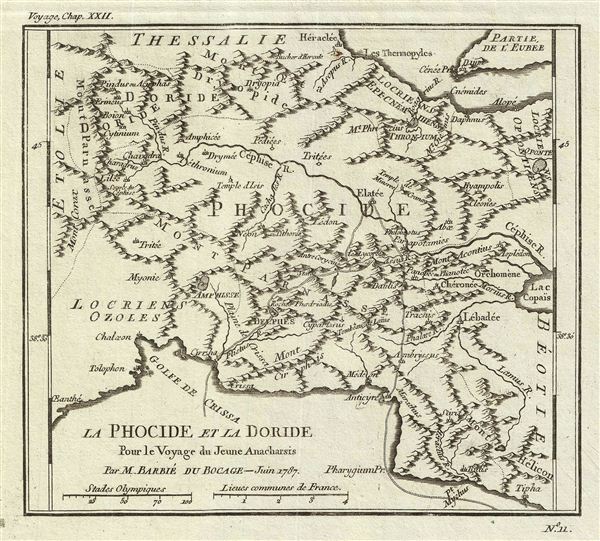 This is a fine 1787 map of Phocis and Doris in Ancient Greece. The map covers from Mount Parnassus to Boeotica. Doris, a small mountainous region, lies between Mount Parnassus and Mount Oeta. It is surrounded by Thessaly in the north, the Ozolian Locrains in the south, and Phocis in the east. Phocis lies between Doris and the Ozolian Locrains in the west, Opuntian Locris in the north and Boeotia in the east. Prepared by M. Barbie de Bocage in 1787 to illustrate the Travels of Anacharsis.