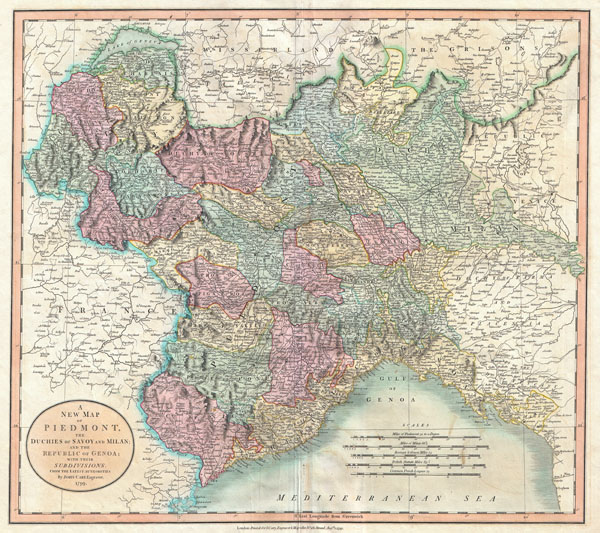 An exceptional example of John Cary's important 1799 map of Piedmont. Extends from Lake Geneva in the north southward as far as Nice and eastward as far as Parma, Italy. Predates the Italian solidarity movement of the mid 19th century. Includes the old Italian Duchy of Milan, the Province of Turn, they city-state of Nice, and the Republic of Genoa, among others. Color coded according to district. All in all, one of the most interesting and attractive atlas maps of Piedmont to appear in first years of the 19th century. Prepared in 1799 by John Cary for issue in his magnificent 1808 New Universal Atlas.