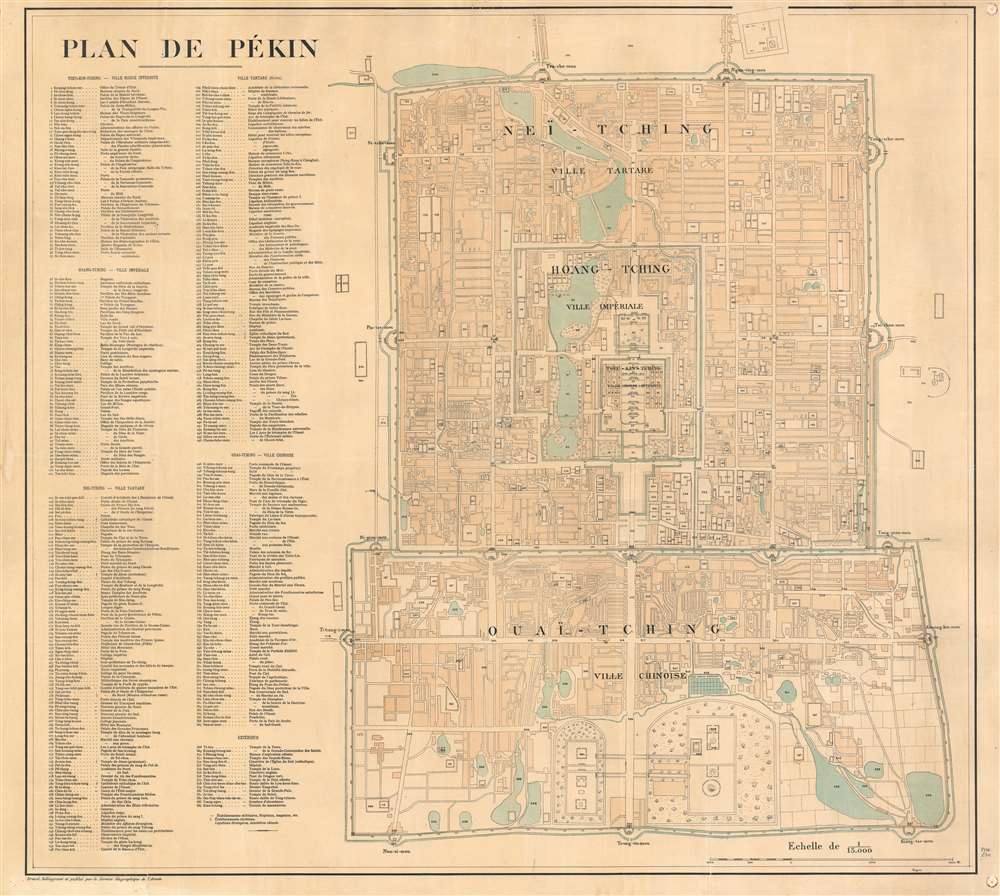 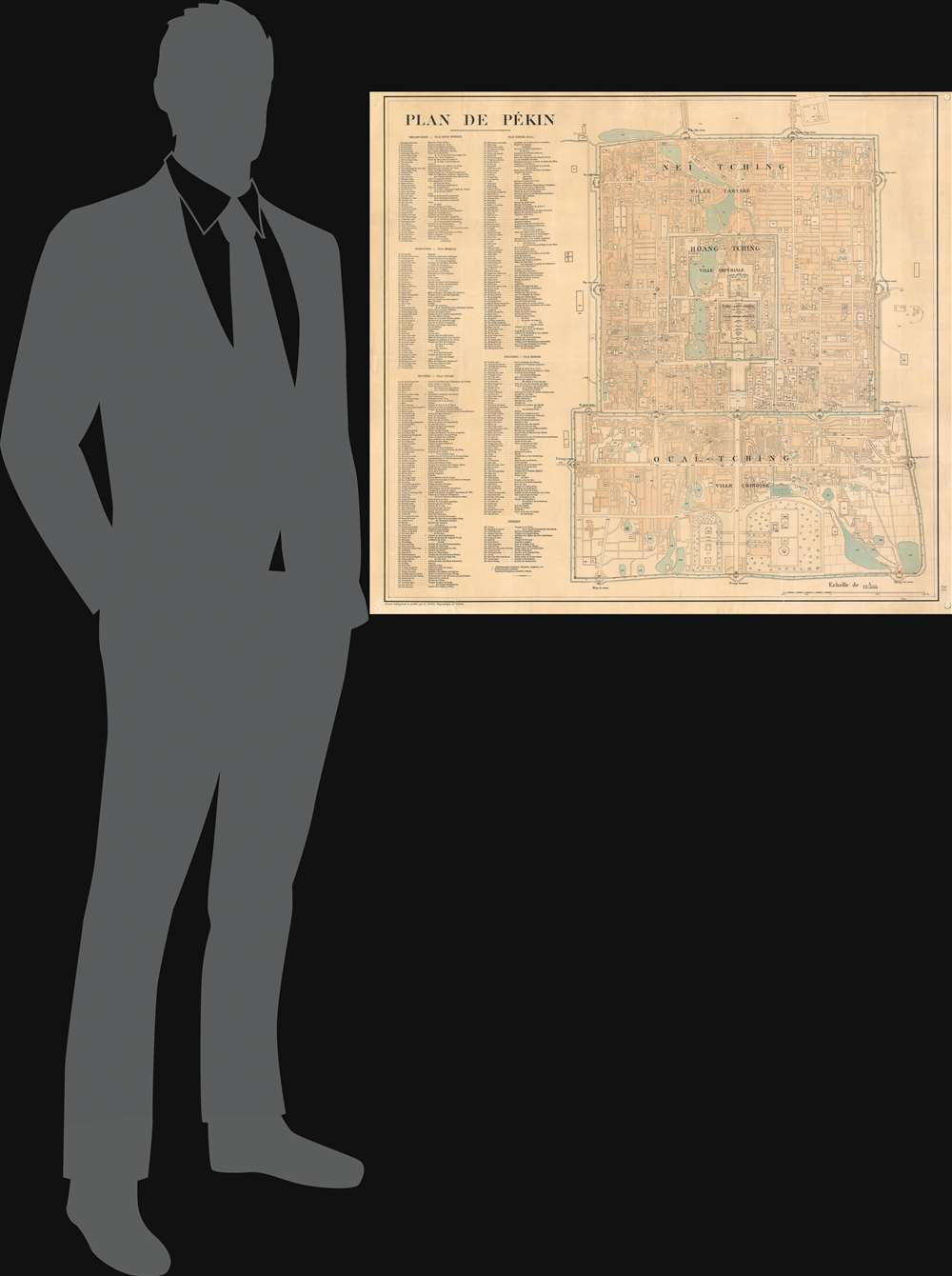 This is a 1900 Service Géographique de l'Armée city plan or map of Beijing / Peking, China created for French soldiers sent to China as part of the Expeditionary Force assembled to suppress the Boxer Rebellion. Centered on the Forbidden City (Ville Interdite Rouge), the Imperial City (Ville Impériale), Tartar City, and Chinese City are all depicted. The map is impressively detailed, with 384 different locations numerically labeled and corresponded to an index situated at left. These include important buildings, such as palaces, gardens, and gates of the Forbidden City, along with streets, churches, temples, schools, lakes, and numerous other locations throughout.

Created for the Boxer Rebellion

In the 1901 edition of 'Annales de géographie', a section dedicated to the maps of the Service Géographique de l'Armée directly references this map and two others. It reads

The Geographical value of these publications are double due to the interest in the news; they have the value of having appeared at the moment when the public's attention was called to the regions in question, and, consequentially, appeared well before similar foreign maps were published.

These prescient maps were an essential tool in the suppression of the Yihetuan Movement.

The Boxer Rebellion or Yihetuan Movement (1899 - 1901, 義和團運動) was an anti-foreign anti-imperialist uprising marked by proto-nationalism in northeastern China. The rebellion was largely a response to Christian missionary activity in China and was initially supported by the Qing Empress Dowager Cixi and her ministers. They distrusted the radical and unpredictable peasant movement but sympathized with the idea of driving foreign influence out of China. In June 1900, some 20,000 Boxers, convinced that their spiritual and martial prowess gave them immunity to foreign weapons, attacked the Chinese Christians and foreign nationals living in Beijing's Legation Quarter. Although terrible violence ensued, the Legation Quarter was able to mount a ragtag defense – which is outlined on this map. Relief came about a month later in the form of the Eight-Nation Alliance China Relief Force, which, with an army of some 20,000, defeated the Boxers and occupied Beijing, as well as a number of other northern Chinese cities. The atrocities and looting that ensued, particularly at the hands of Russian and Japanese forces, are well documented and horrifying.