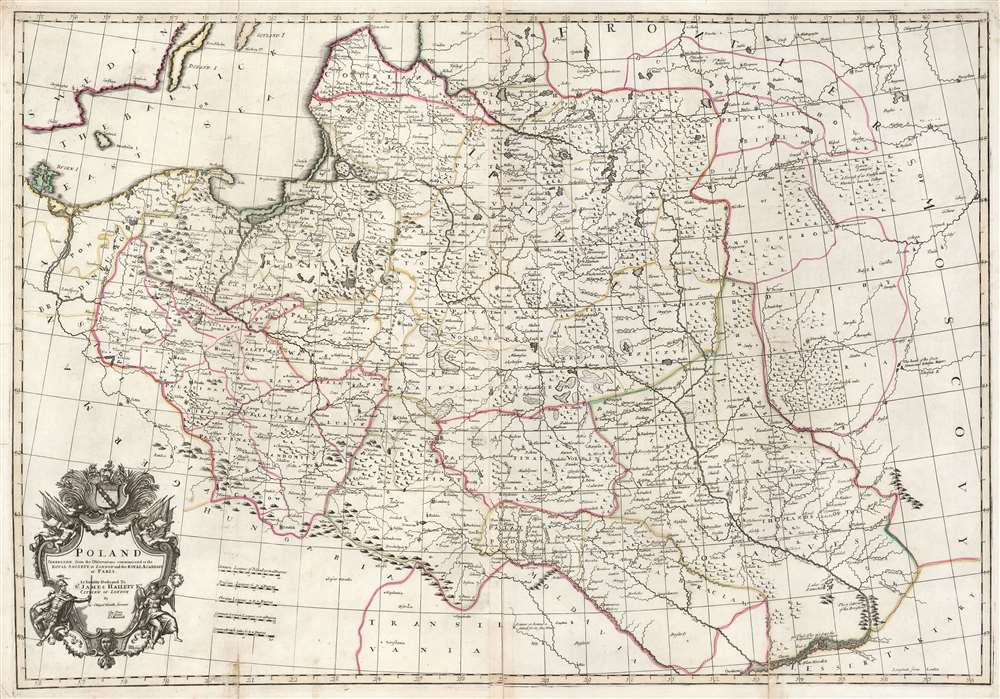 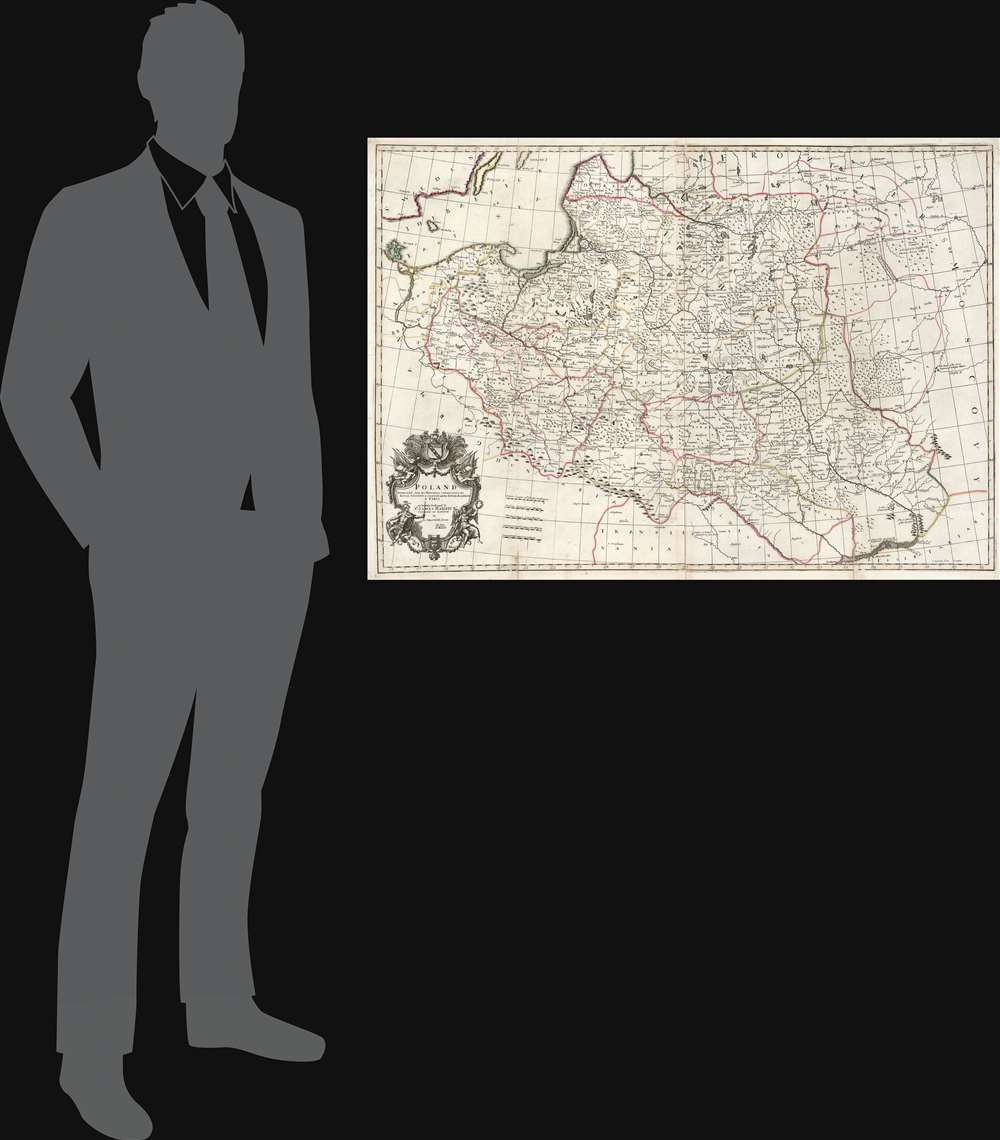 This is a lovely, original old color example of John Senex' important map of Poland, one of the largest English maps of the Polish-Lithuanian Commonwealth. The map reaches from the Baltic, Silesia and Hungary in the west to Biela, Molenskow and Severia in the east. It is superbly engraved and richly detailed, with mountains and forests rendered pictorially. The cartouche, with its dedication to Sir James Hallett, has a particularly martial character. Surmounted with weapons, it is flanked by figures representing Mars and Winged Victory, perhaps alluding to the many wars suffered by the Commonwealth. It is unclear what connection Sir James Hallett (1690 - 1734, who may have been a Goldsmith, might have had with the subject matter.

The mapmakers are listed under the joint imprint of Charles Price, John Senex, and John Maxwell. This trio of map sellers, late of John Sellers' shop, were selling maps together as early as 1708. We see all three on various of Senex's maps given this date. The partnership did not last, and by 1710, Price's name was removed from the plate. Sometime after 1712, Maxwell's name was likewise burnished out.

OCLC lists only one example of this map with Price's name on the imprint, that being at the British Library. They date it 1710; but, we believe this to be an error, and consider it probably a 1708 printing and thus a putative first state. A more completely catalogued example at the National Library of Wales lacking the Price imprint is given a 1710 date. Only three examples, dated 1710 and 1711, are catalogued including Maxwell's imprint: these representations we tentatively categorize as second states. The third state, printed beginning in 1721 and appearing in numerous atlases, is well represented in institutional collections.


Charles Price (1679? - 1733) was an English instrument-maker, engraver, surveyor, mapmaker and mapseller. In the course of his career collaborated with many of the leading lights of English cartography. Nothing is known of his childhood. He was apprenticed to the mapmaker John Seller in 1694, and witnessed his master's will; he and Jeremiah Seller became free in 1703 and entered into a partnership. He moved on to work with John Senex from 1705-1710, and George Willdey from 1710 to 1713. He also worked with instrument maker Benjamin Scott. He appears to have been prolific. Unfortunately, by 1731 he was in debtors' prison; he died in 1733. Learn More...

Good. Several mended splits at folds, and one mended tear at top with no loss. Original outline color, with a bold sharp strike.