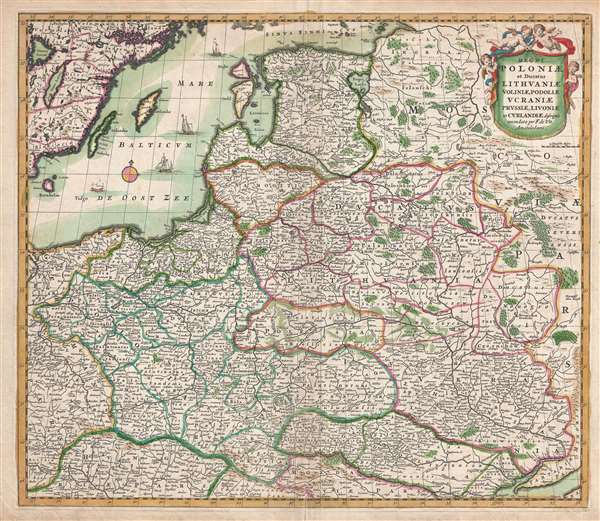 This is a striking and highly decorative c. 1682 Frederik de Wit map of Poland and Lithuania. The map covers from the Baltic Sea to the Black Sea and from Latvia to Moldova, including much of modern day Poland and Lithuania. The map was issued by de Wit in many editions from about 1655 to 1690. For the dating of the present example we have followed Rumsey who has a 1682 dated edition of De Wit's Atlas.