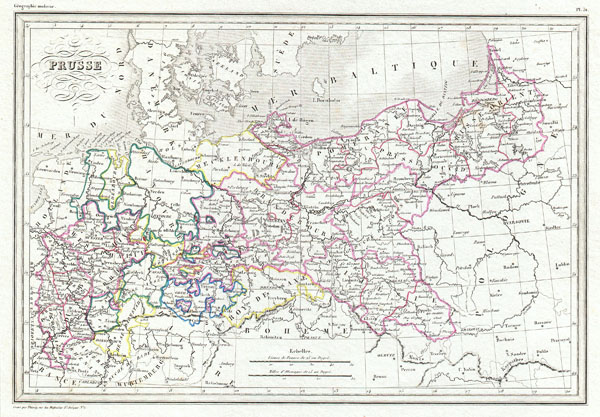 This is an attractive 1843 map of Prussia by the French cartographer Victor Adolphe Malte-Brun. Covers what is today northern Germany from Rhineland eastward to East Prussia. Extends southwards as far as Prague and Wurtemberg. Offers excellent detail and color coding by region. Published as plate no. 31 for Malte-Brun's 1843 Geographie Universelle…