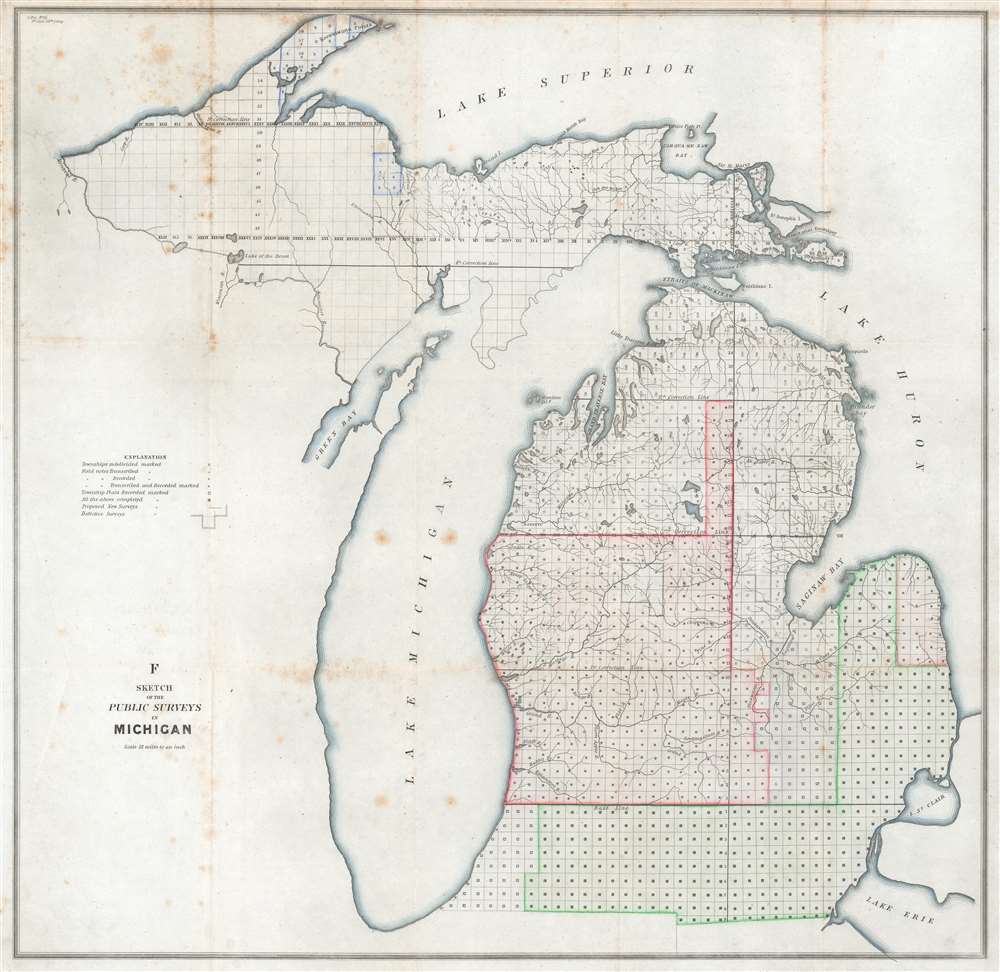 This is an 1845 General Land Office map of Michigan tracking progress of government surveys in the state. The entire state is divided into townships. Symbols are used to inform on the status of the survey work. For example, work in townships near the Ohio and Indiana border is nearly complete, while surveying in the western portion of the Upper Peninsula had not started. A key explaining the various symbols used to identify survey status appears along the left border. While very little detail is provided apart from the township grid, but Michigan's extensive river network is well illustrated.

This map was created by the General Land Office and published in a report for the 1st Session of the 29th Congress, which ran from December 1, 1845 until August 10, 1846. We note a single example cataloged in OCLC which is part of the collection at the Bentley Historical Library at the University of Michigan.