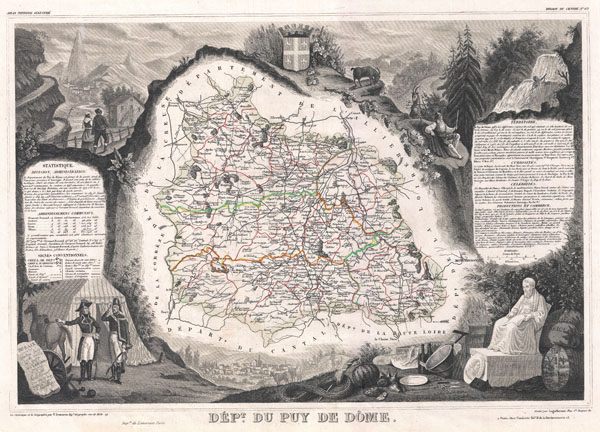 This is a fascinating 1852 map of the French department of Puy De Dome, France. This mountainous department includes Auvergne, one of the leading cheese regions in France. Here you can find a wide variety of cheeses, from Cantal, a pressed cheese, to a number of Bleu Cheeses, to local specialties, such as Savaron and Bleu de Laqueille. The region is also known for its spectacular volcanic rock formations. The map proper is surrounded by elaborate decorative engravings designed to illustrate both the natural beauty and trade richness of the land. There is a short textual history of the regions depicted on both the left and right sides of the map. Published by V. Levasseur in the 1852 edition of his Atlas National de la France Illustree.