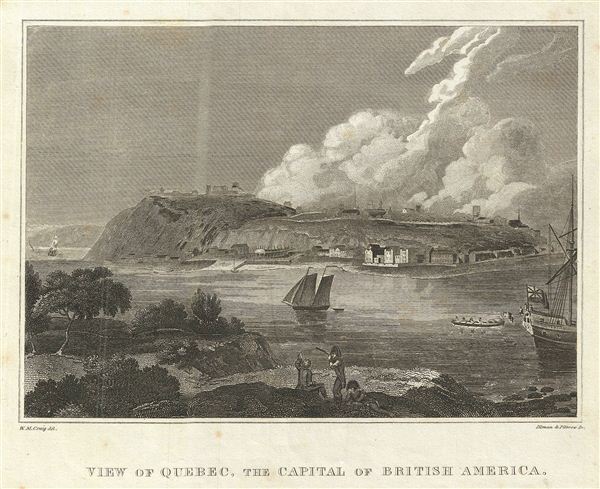 This is an uncommon example of the 1828 view of Quebec, the capital of British America, drawn by W. M. Craig. It features a lovely view of Quebec from across the St. Lawrence. The fortifications of the city can be seen in the background. This view was engraved by Illman & Pilbrow as part of Malte-Brun's System of Geography, Vol. I., published in New York by Samuel Walker.