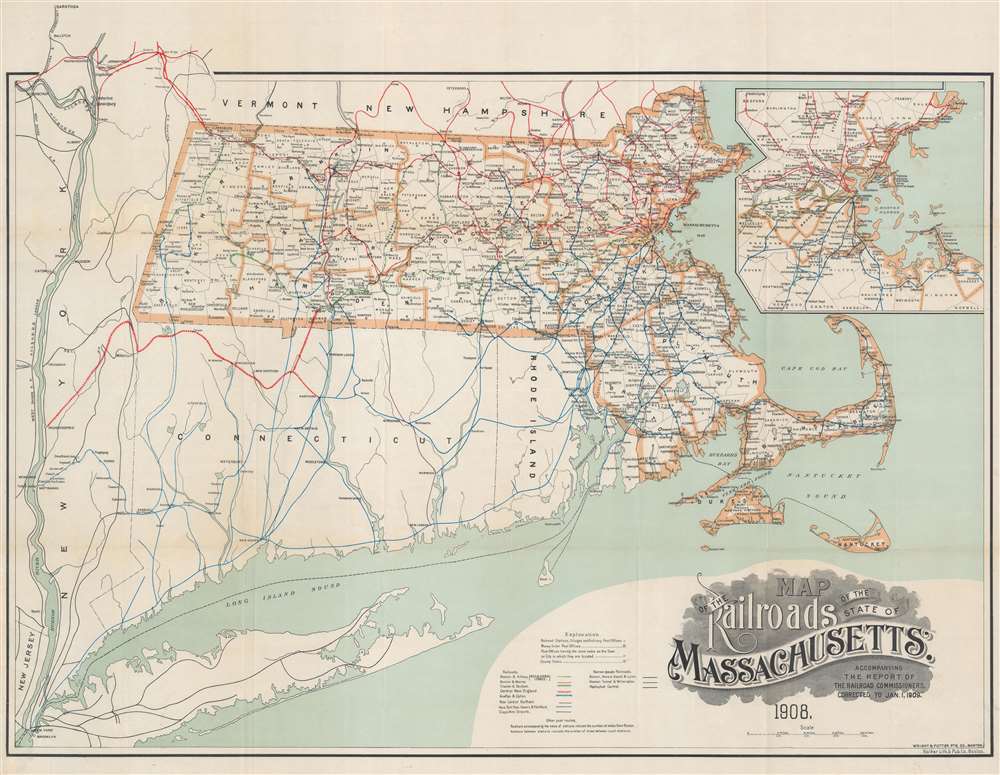 Massachusetts railroads at the beginning of the 20th century.
$400.00

This is a 1908 George Walker railroad map of Massachusetts. Colored lines trace railroads throughout. The red lines highlight the network of the Boston and Maine Railroad, while green follows the Boston and Albany Railroad, and blue the New York, New Haven, and Hartford Railroad. Other colored lines illustrate the networks of the Chester and Becket Railroad, the Central New England Railroad, the Grafton and Upton Railroad, and the New England Northern Railroad. Cities and towns throughout are labeled, and mileage from Boston to various cities provided. An inset in the upper right details the region surrounding Boston and the Boston and Maine, Boston and Albany, and New York, New Haven, and Hartford rail networks in that area.

This map was created and published by the Walker Lithographing and Publishing Company and printed by the Wright and Potter Printing Company of Boston.